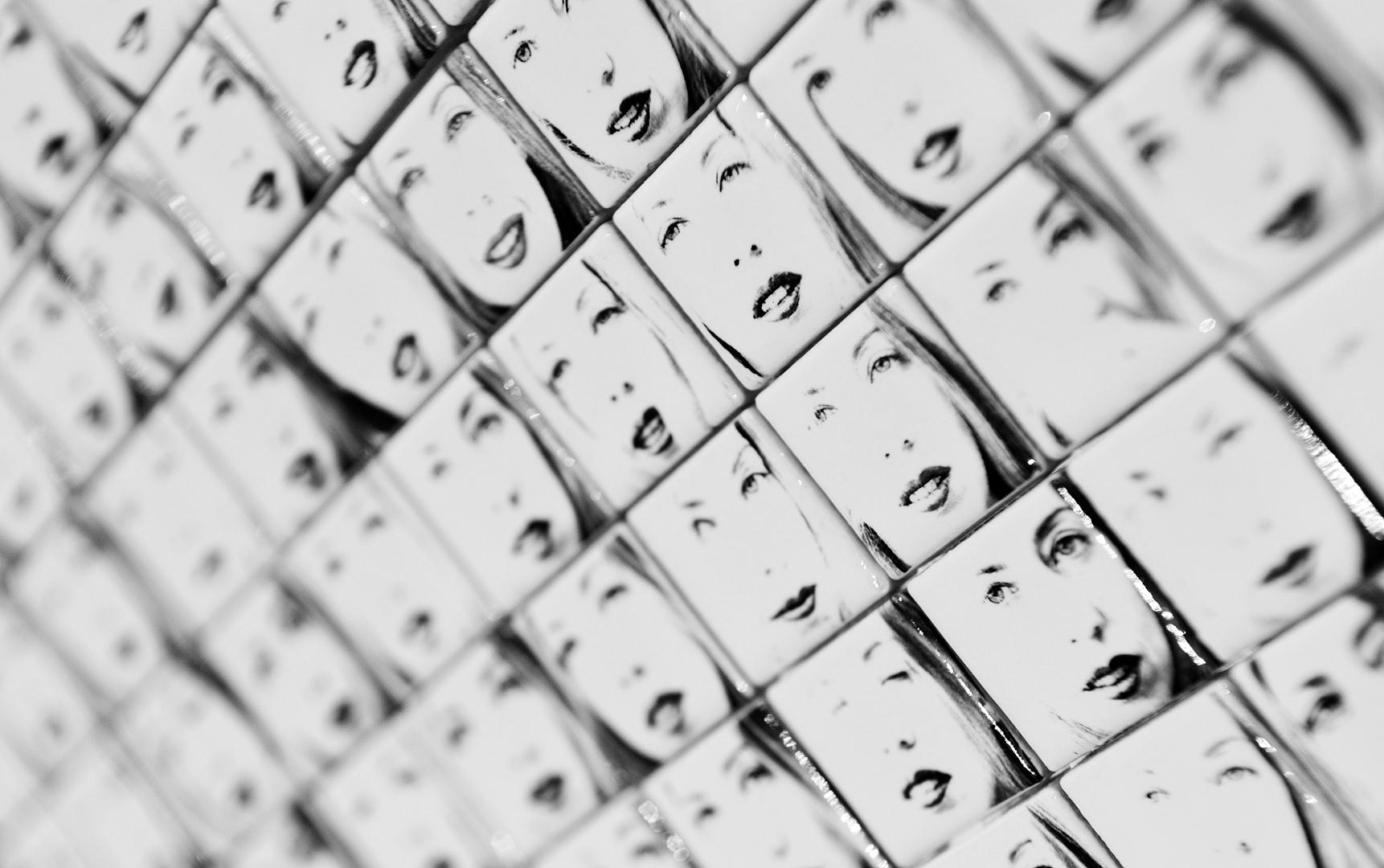 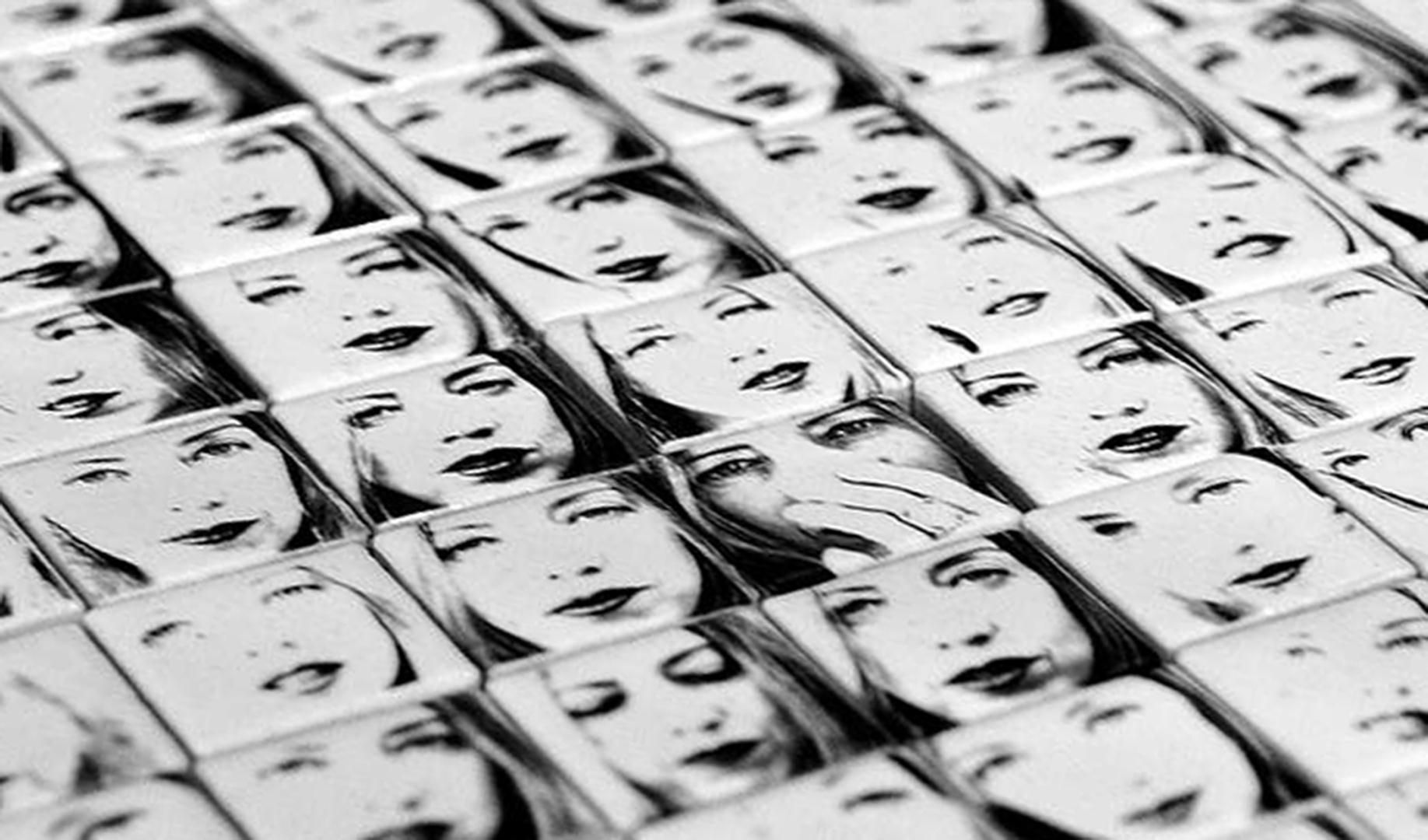 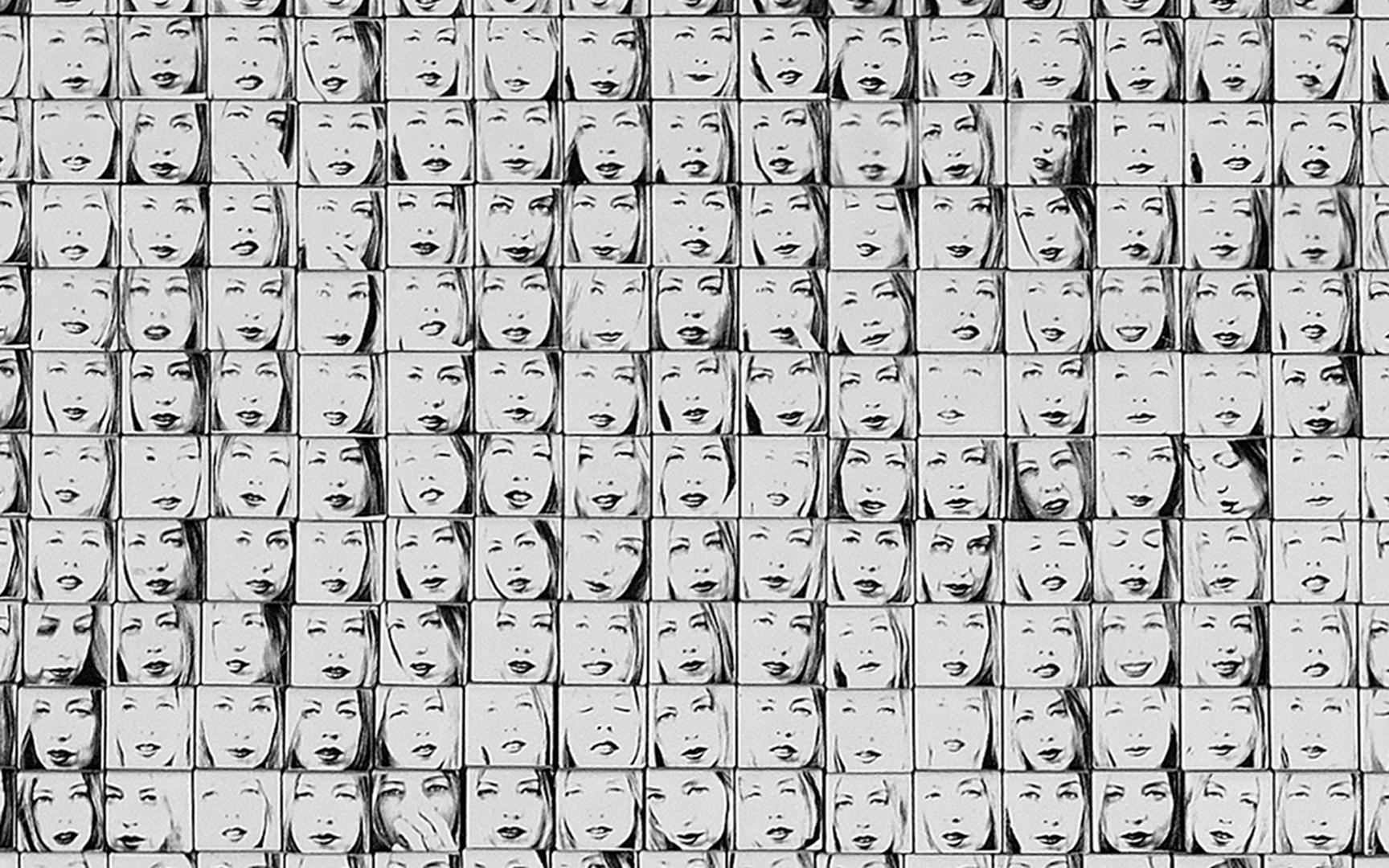 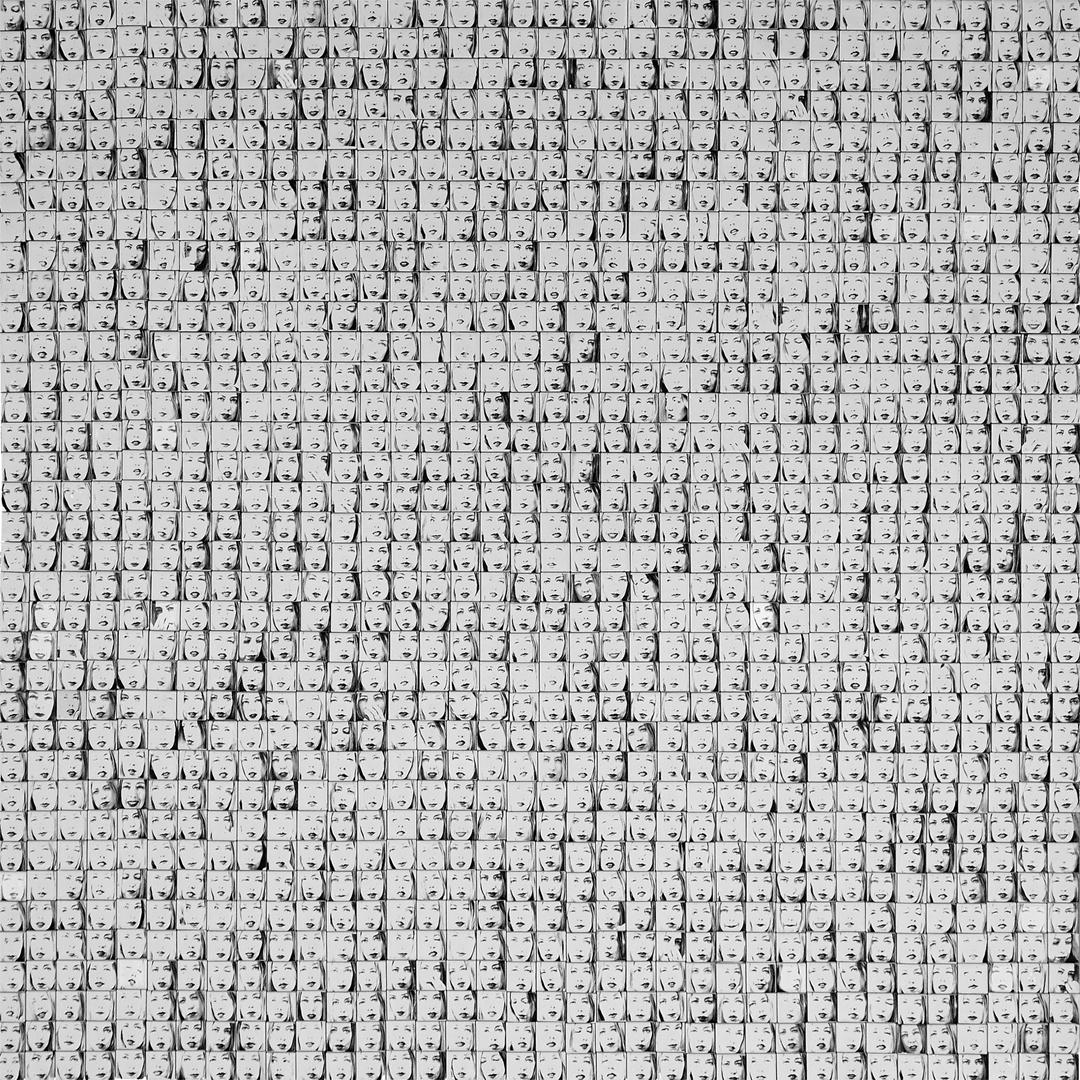 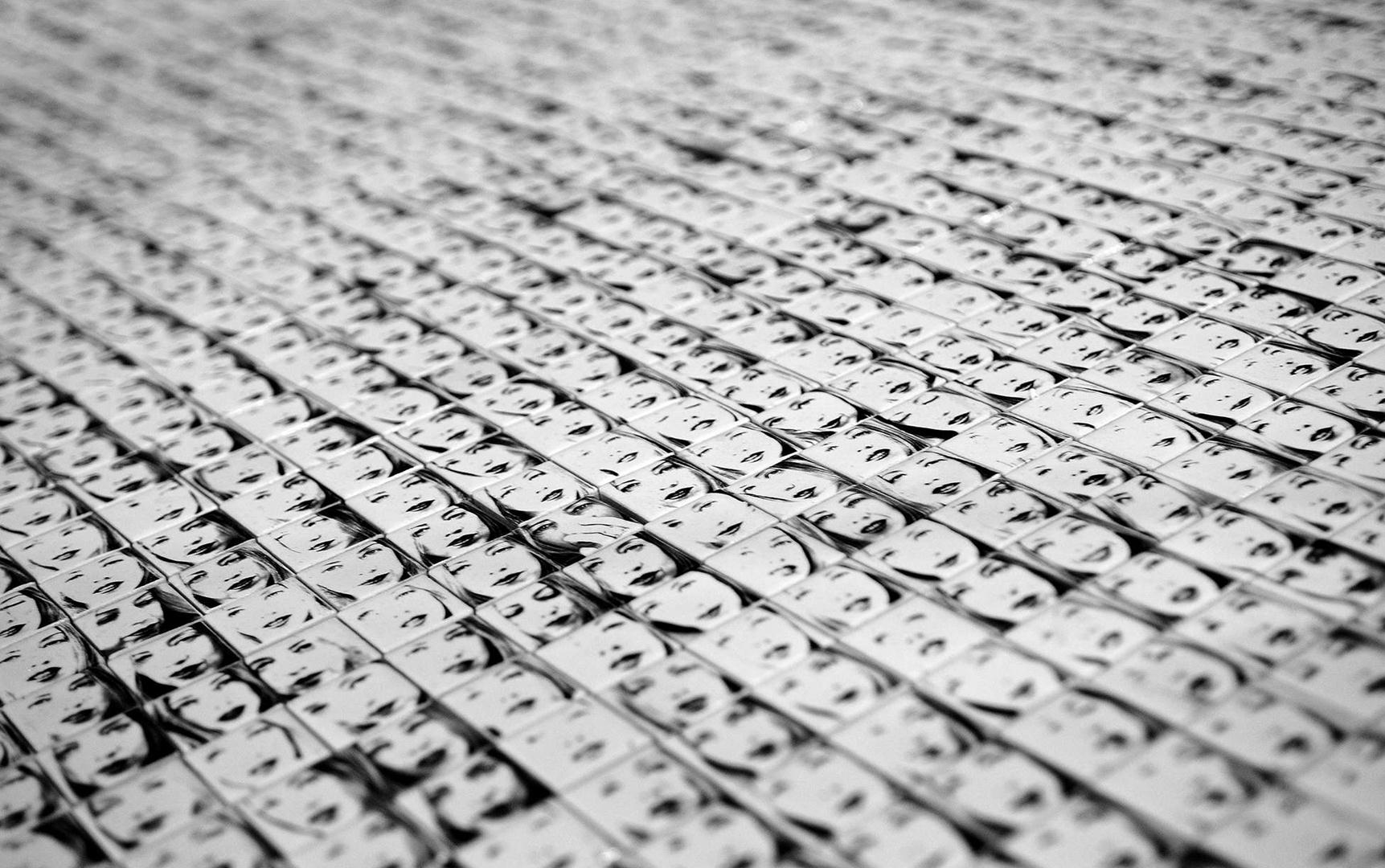 Components that are only a little larger than the pieces of a mosaic, on which the woman’s face is repeated. The language is that of Pop Art, with elements of Boltanski’s intimism within the ceramic installation. “Rose” is a woman carrying the weight of a painful life experience that has tied her to the game of one, no-one, a hundred thousand, described by Pirandello. In the succession of faces, all different, the woman appears in different guises, bold, vulgar, melancholic, pitiful, restless, craving attention. She rediscovers her identity and loses it again in each shot, never attaining her longing to reach the subject’s ontological essence. “Rose” remains a “noeme,” namely nothing more than “that which has been” (Roland Barthes), depicted by means of over-exposed black and white, almost a form of solarization, a negative-positive effect that gives the image an evanescent quality, highlighting certain facial features, the lips and eyes

from still life by Silvia Campese