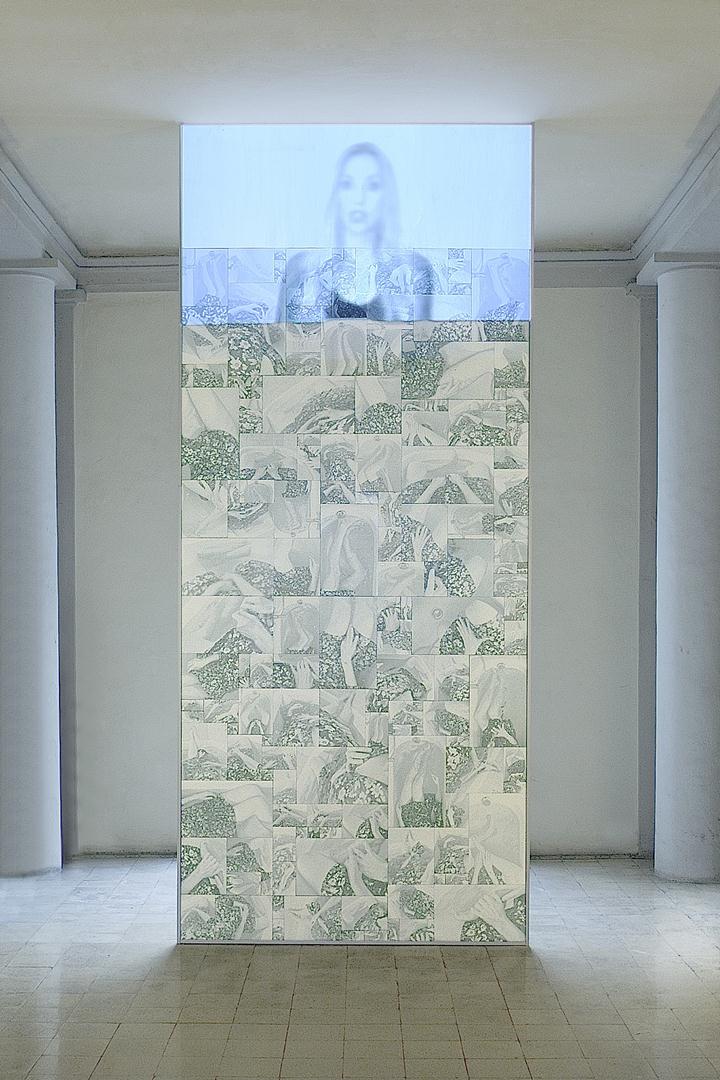 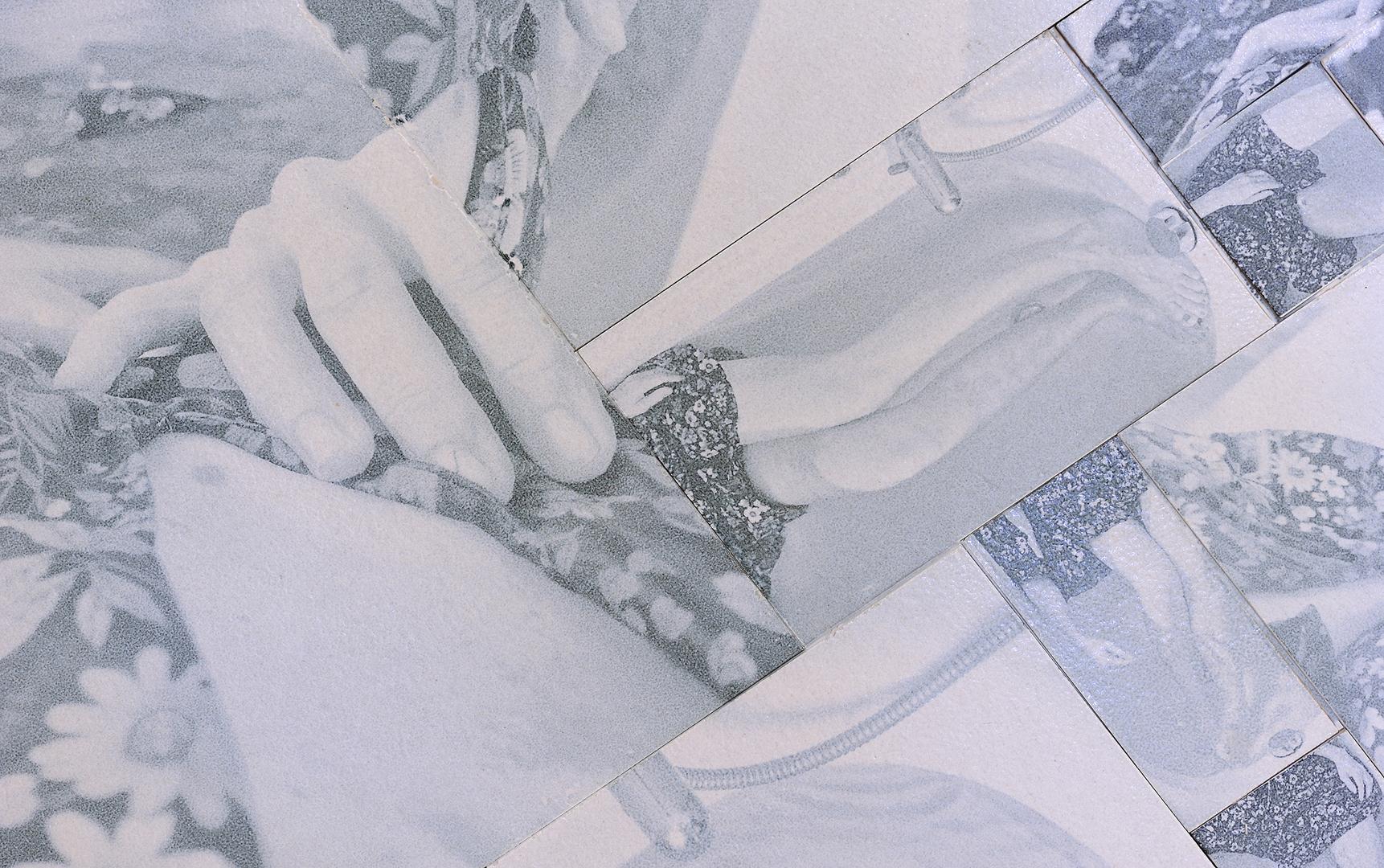 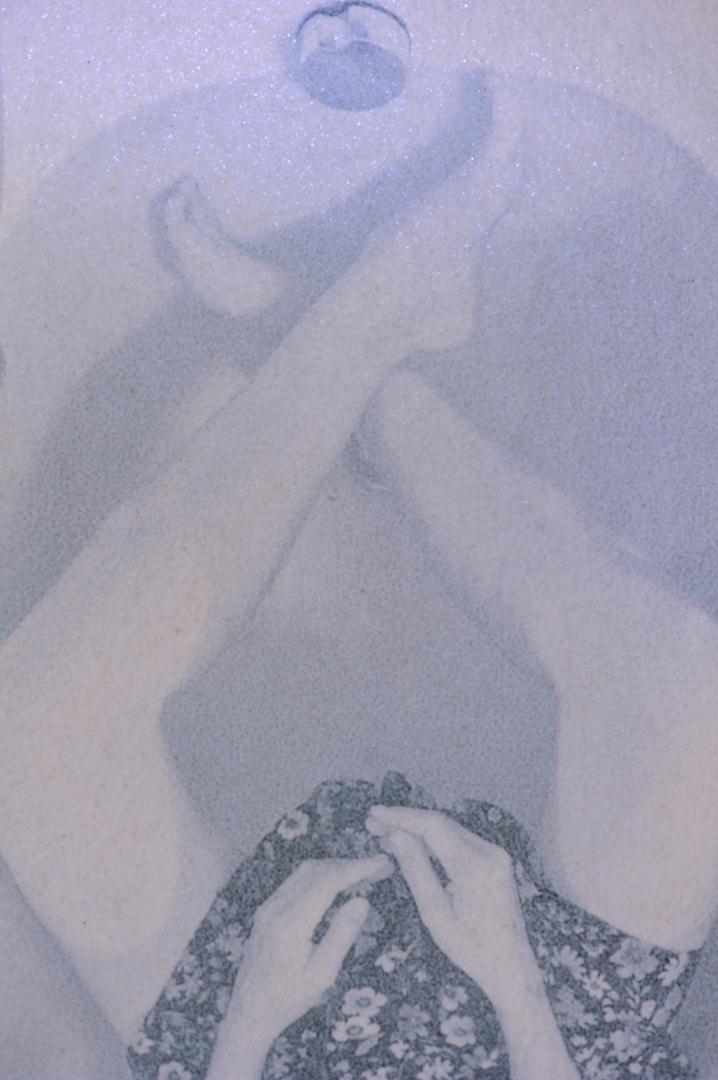 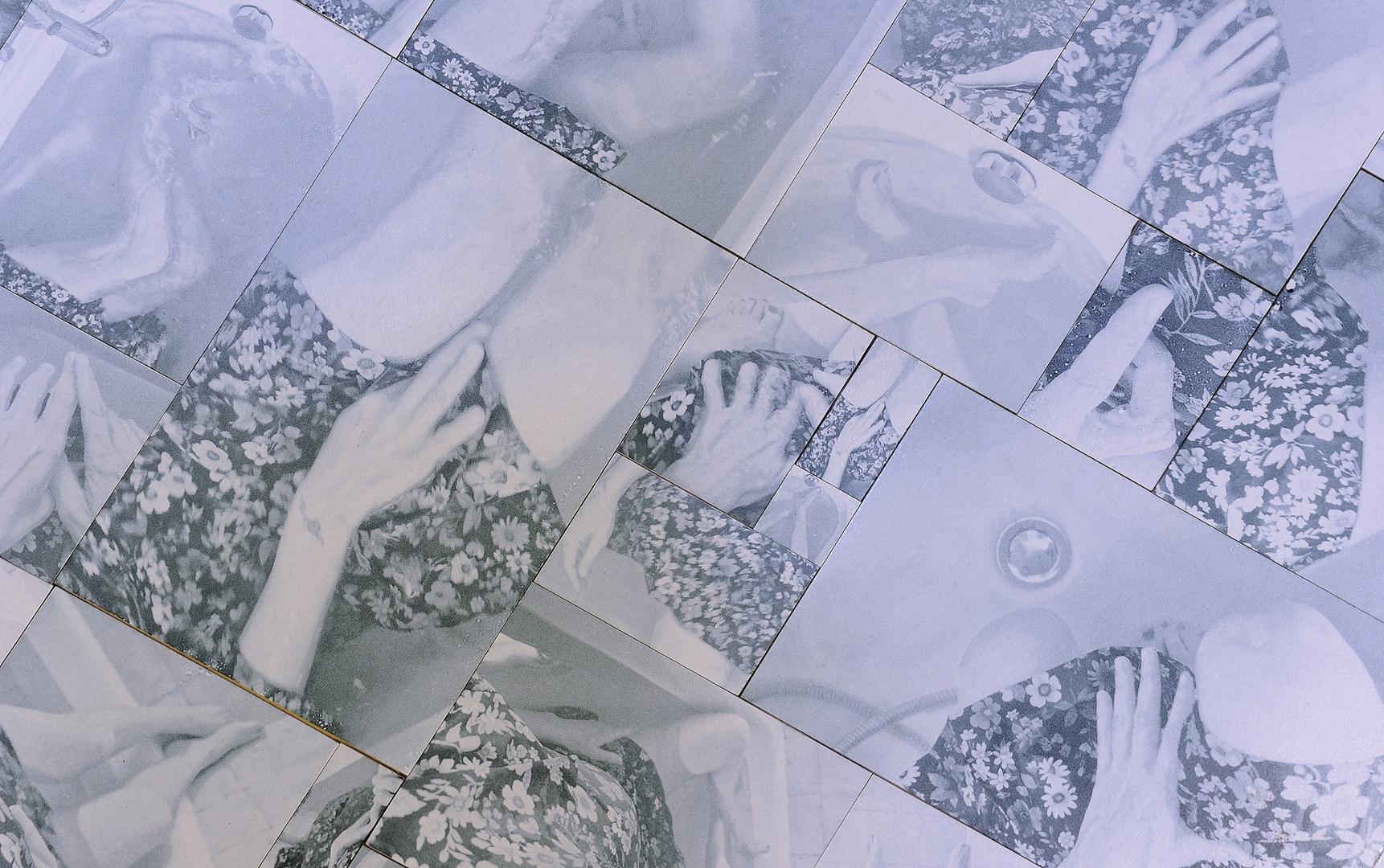 photography on ceramics and video

[…]As if in a Cubist painting, a Guernica of today, legs, arms and womb are deconstructed into a jigsaw puzzle of shapes. But, unlike the effects of the tragic bombardment in Spain, in Silvia Celeste Calcagno’s works everything is orderly. The chaos and the explosions were in the soul: as narrated by the artist’s voice, sometimes self-censored, heard lightly from the lips of the eidolon-woman who is seen in a selectively unfocused video, filmed in an anonymous setting with sound recorded in situ, including some background noise. Photography, ceramics and video describe the female dimension of living: the body is dissected and filmed from various viewpoints, and water is the dominant feature, along with skin and garments. Water becomes an element, flowing in a domestic interior, where the woman is wearing her memories.

At the top of the sculptural panel, which recalls Kubrick’s black monolith in 2001 A Space Odyssey, a face appears at last, the head that is missing from the woman’s “organs” visible lower down. The head, location of thought, and also part of the heart, tells of the body and soul: the ephemeral female figure is composed, and ennobled, evoking the woman’s intimate role in a society dominated by stereotypes, in which a womb that does not generate life undergoes judgement, in the light of the forms of maternity that have been a constant presence in the history of Italian art until they were refuted by the feminists and 1970s Body Art […]