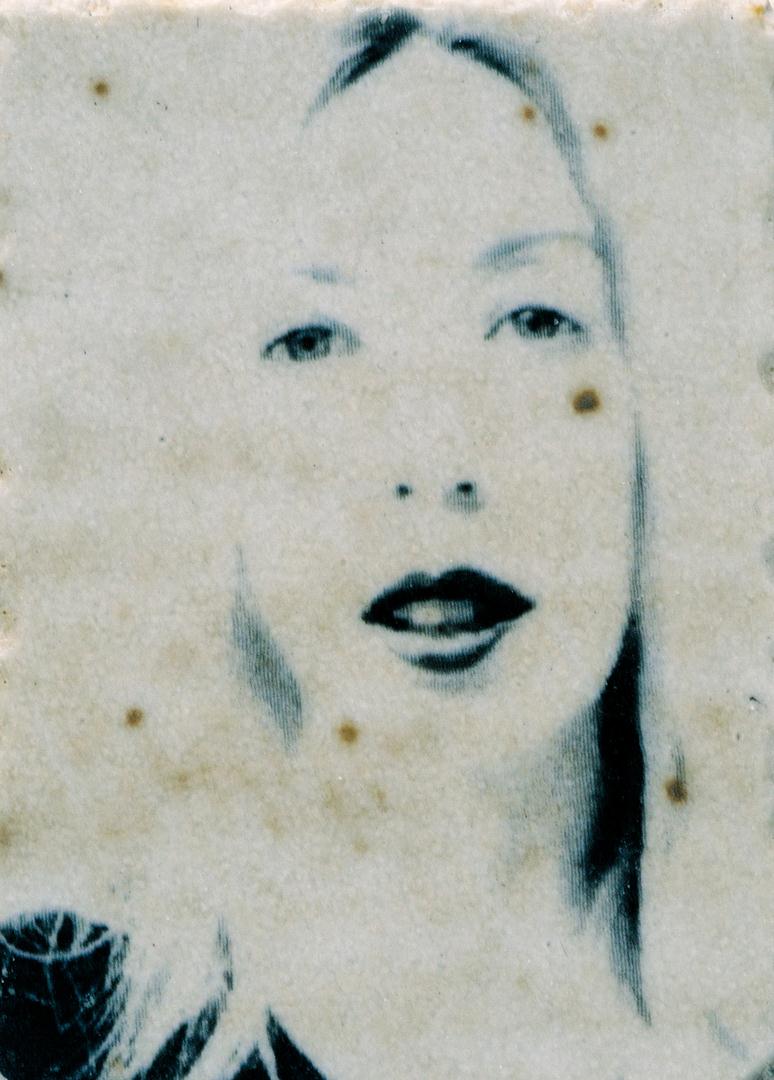 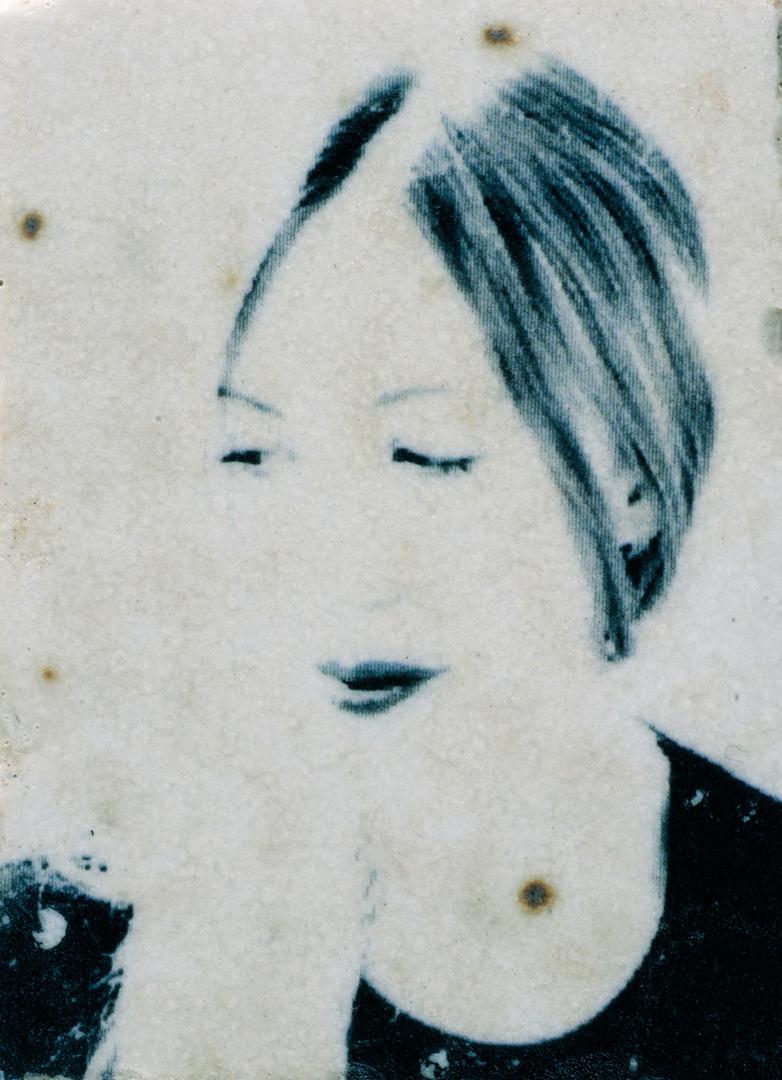 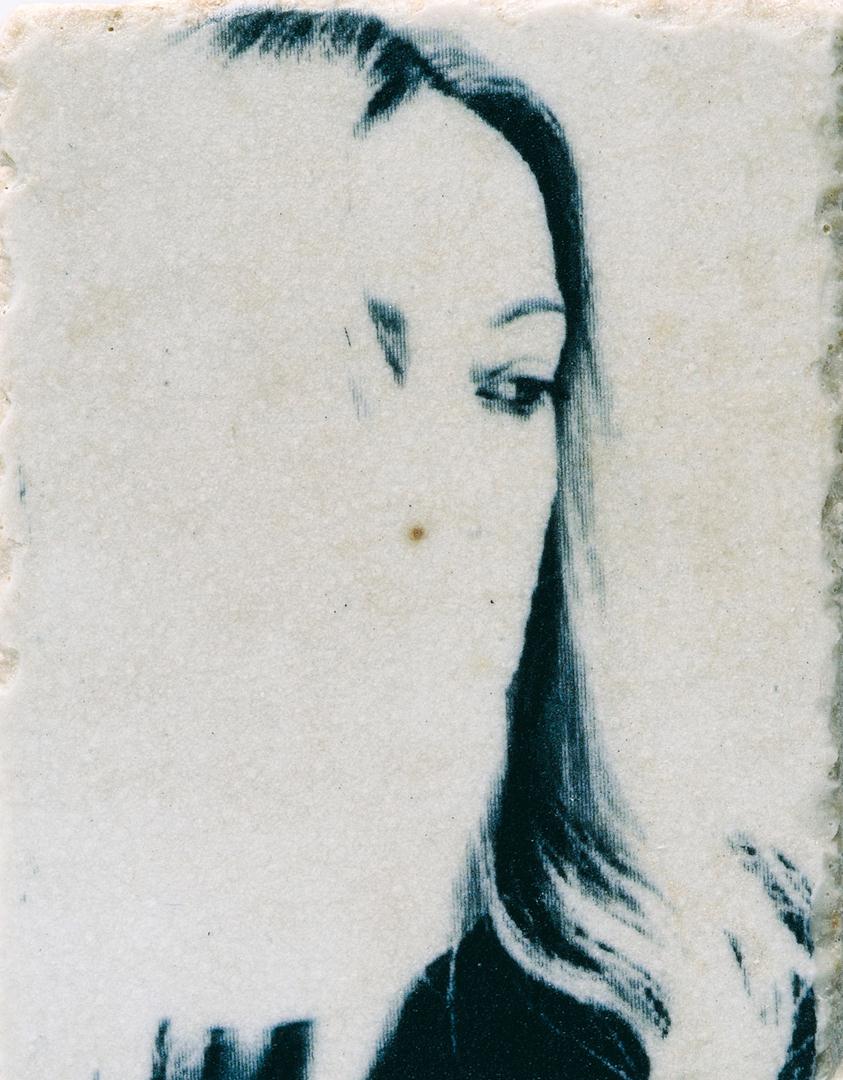 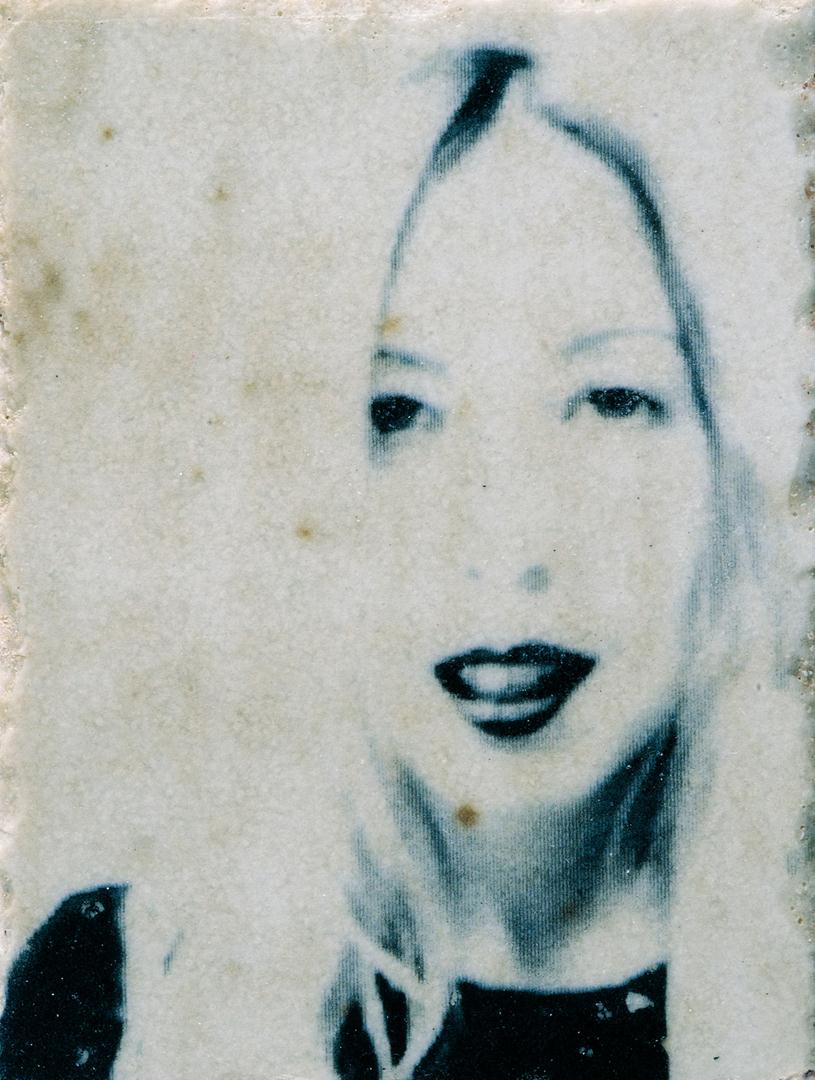 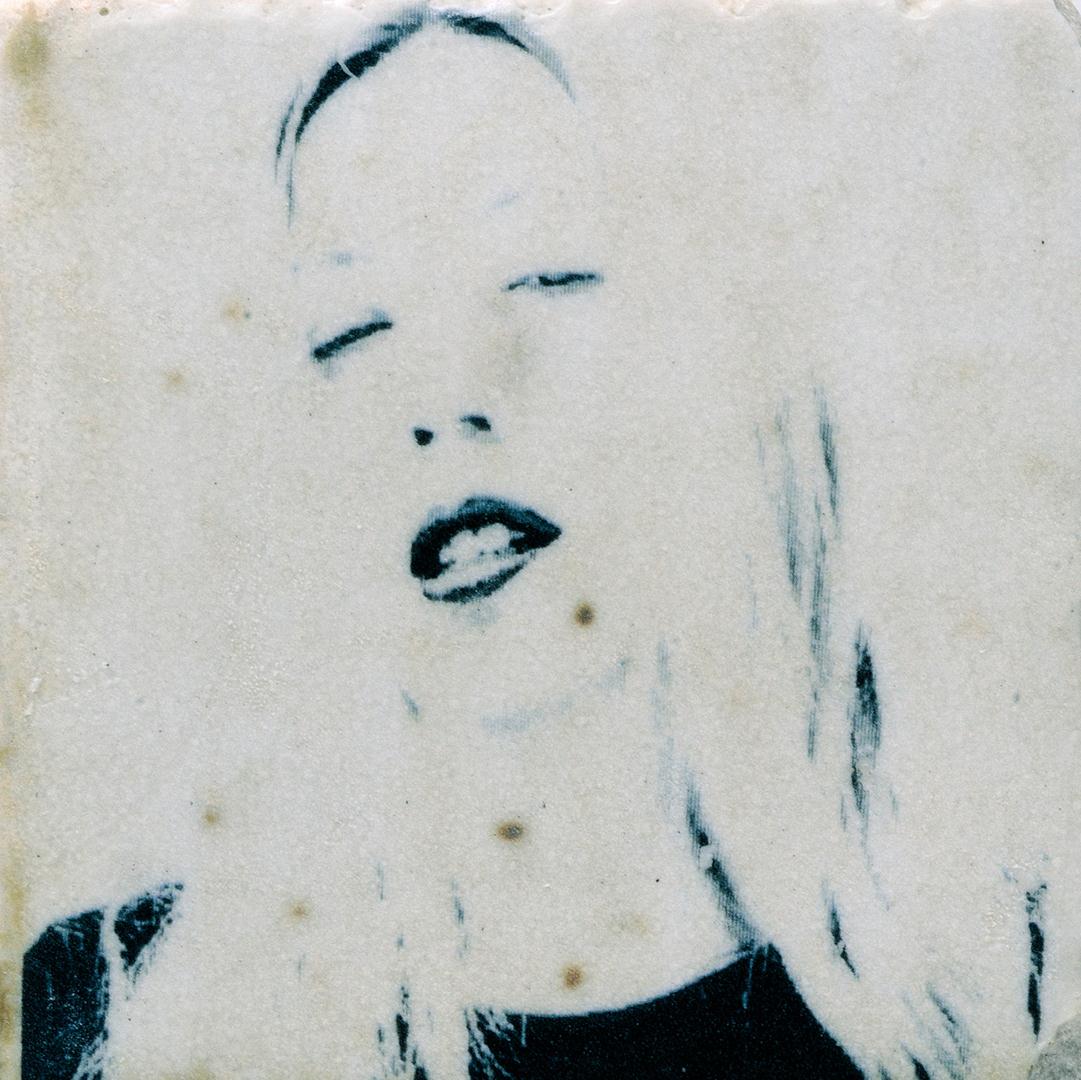 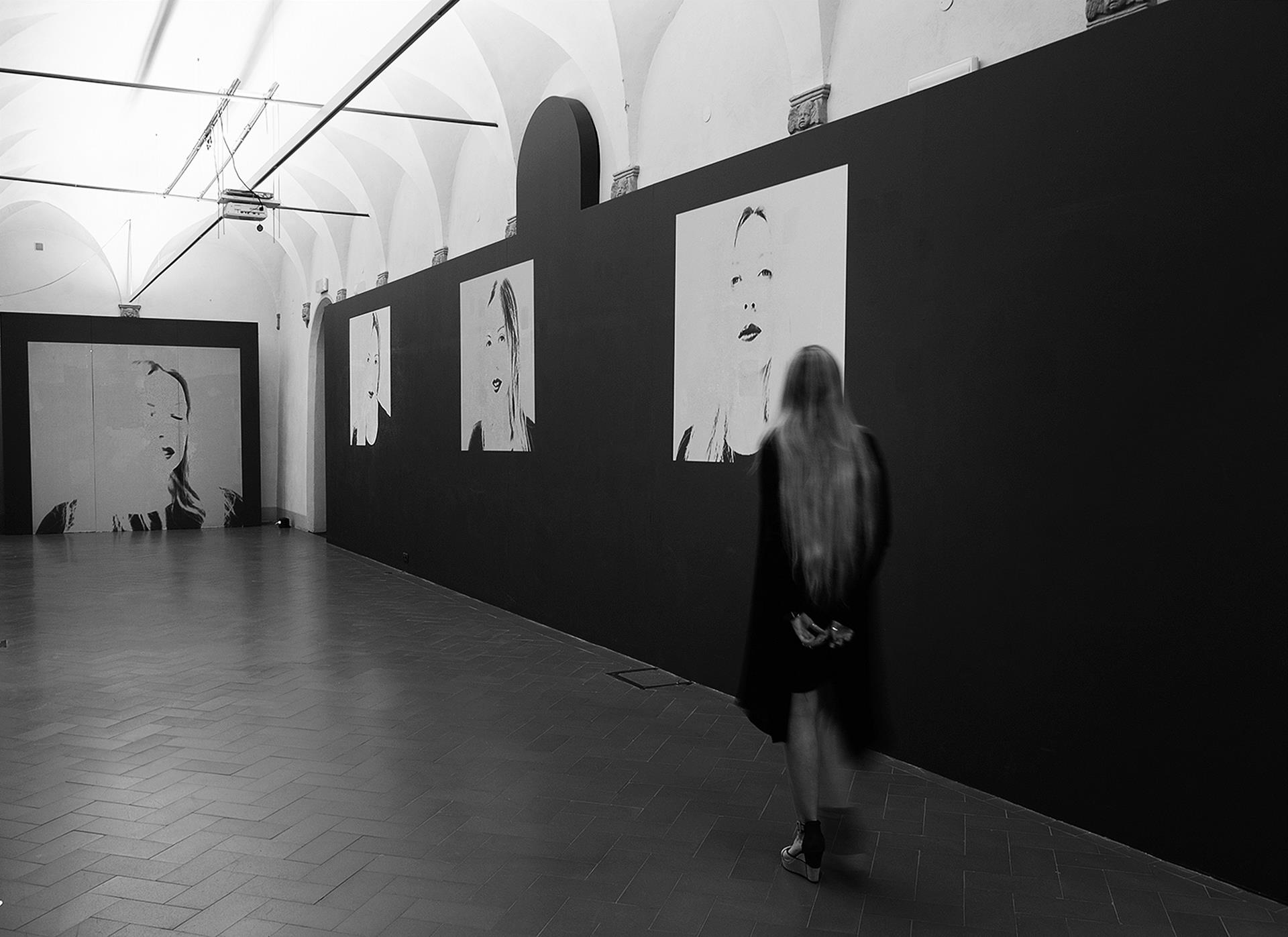 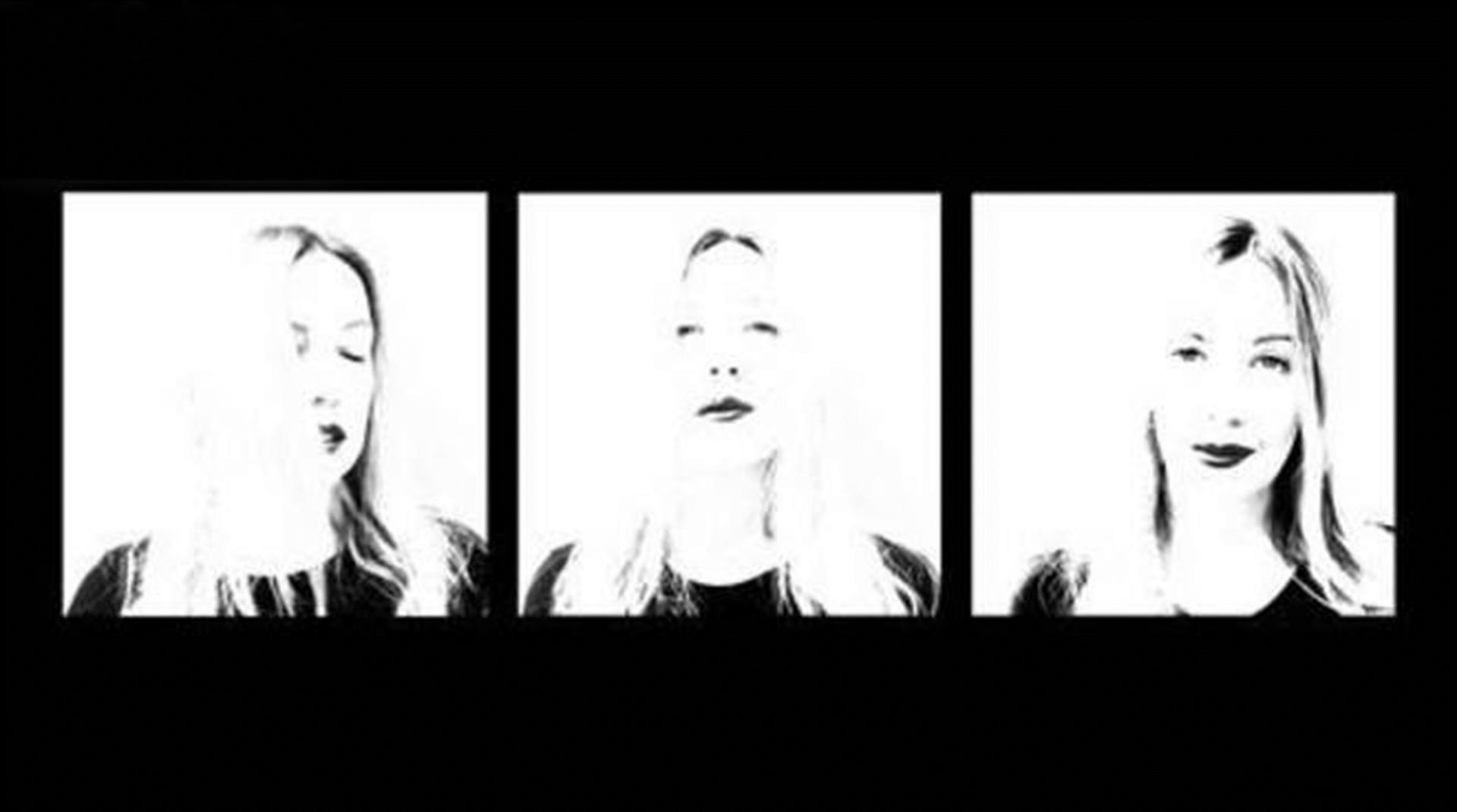 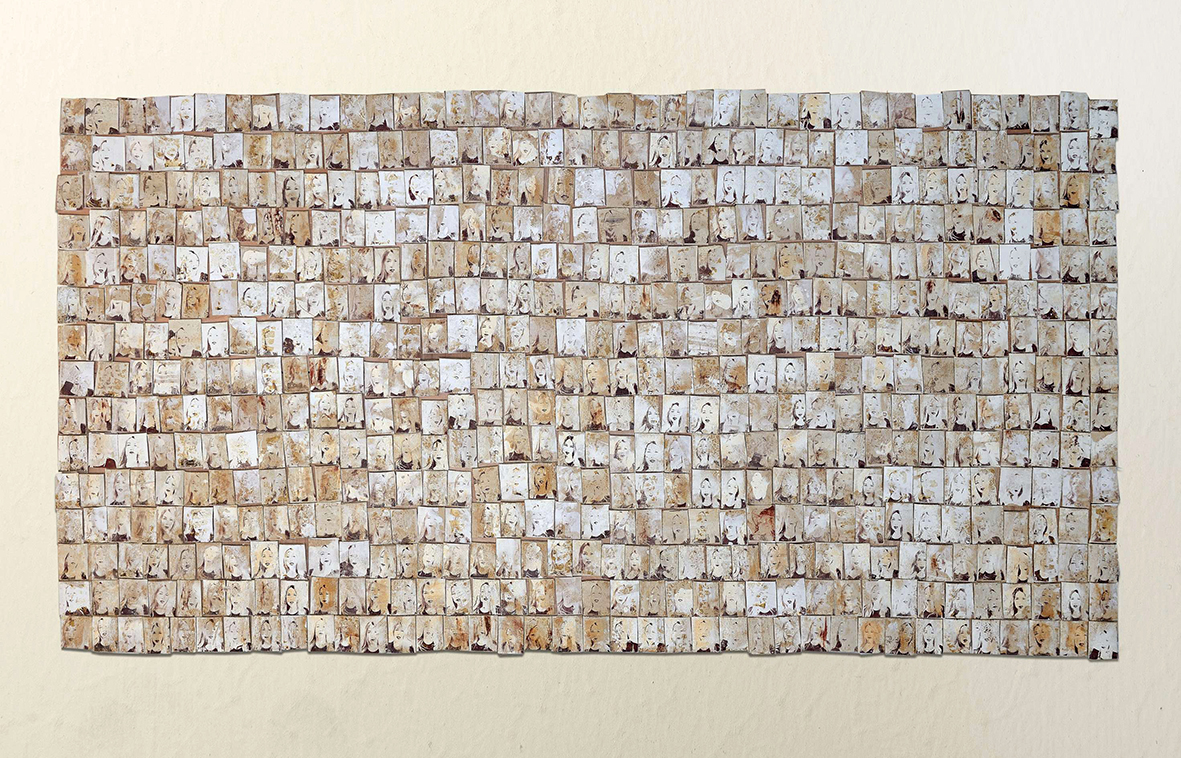 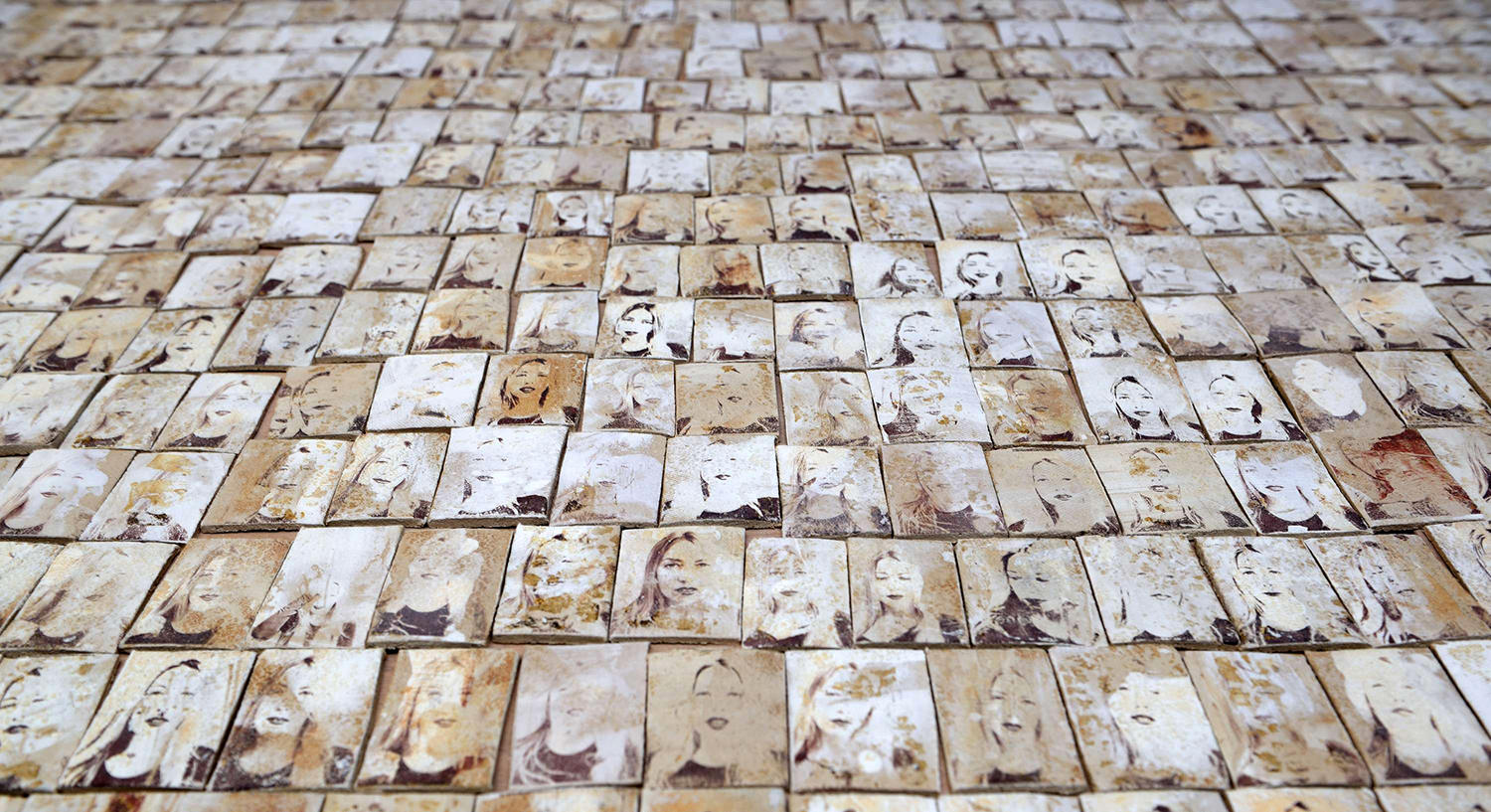 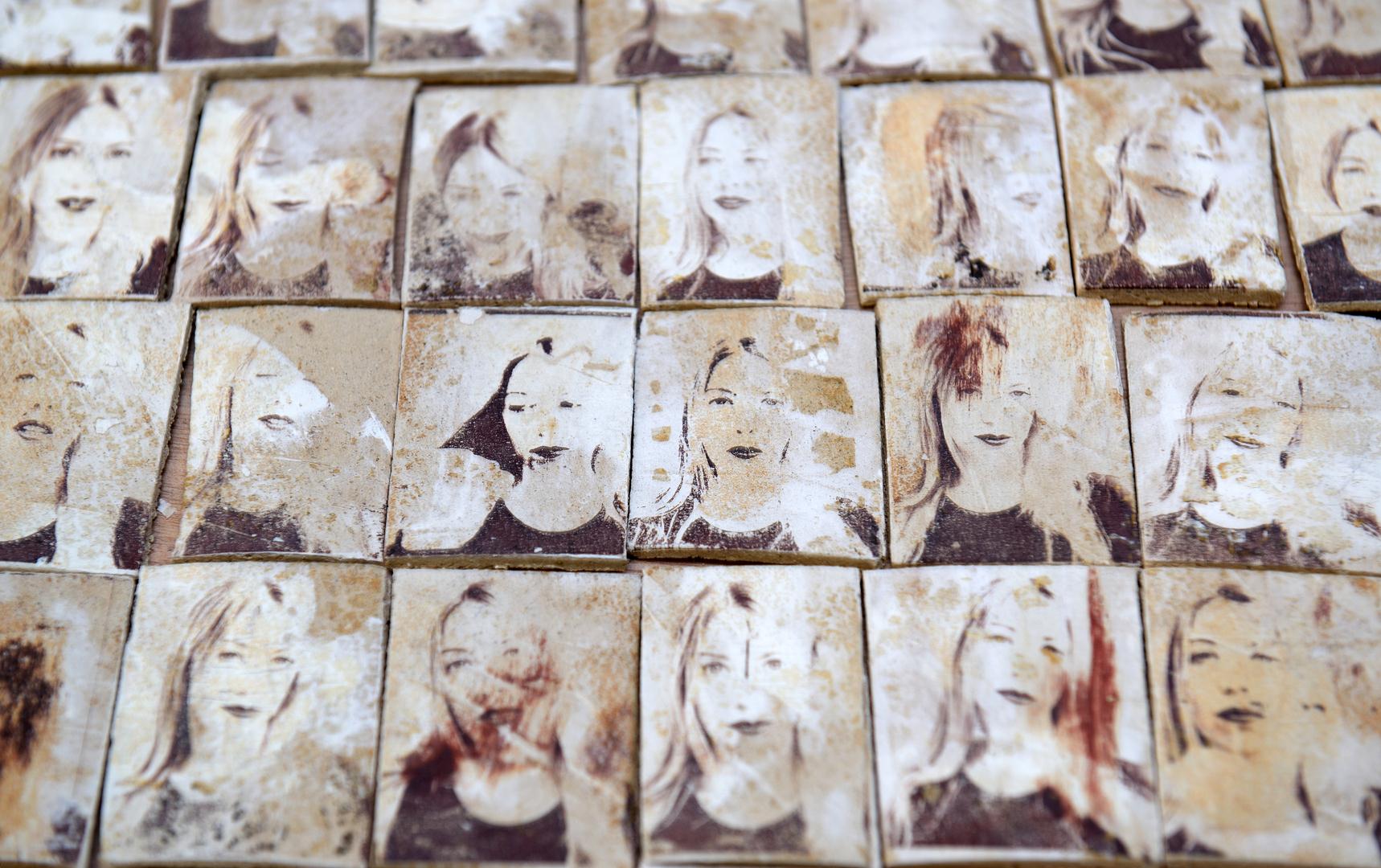 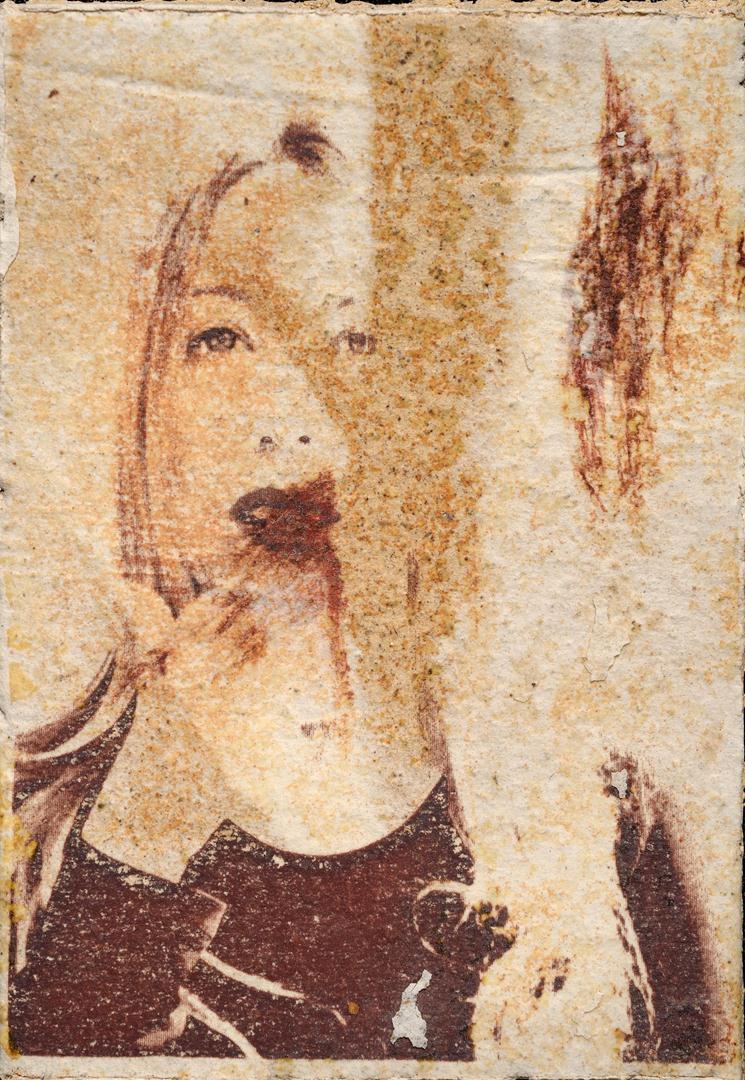 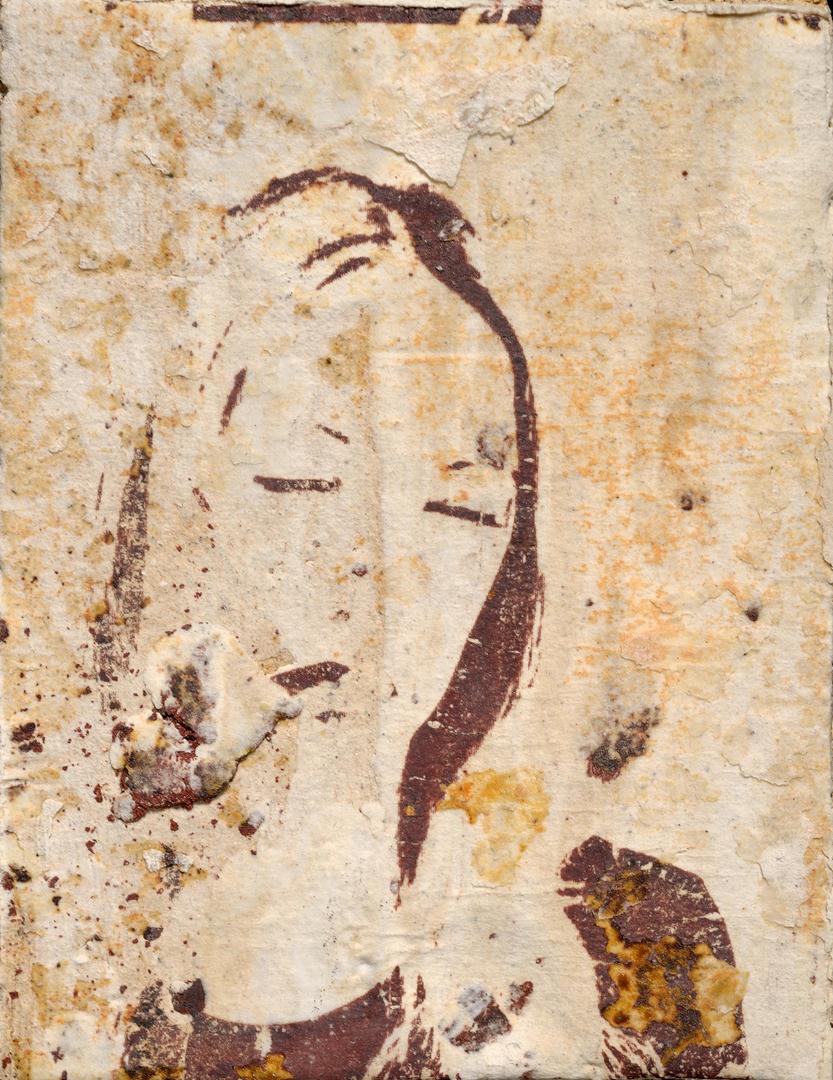 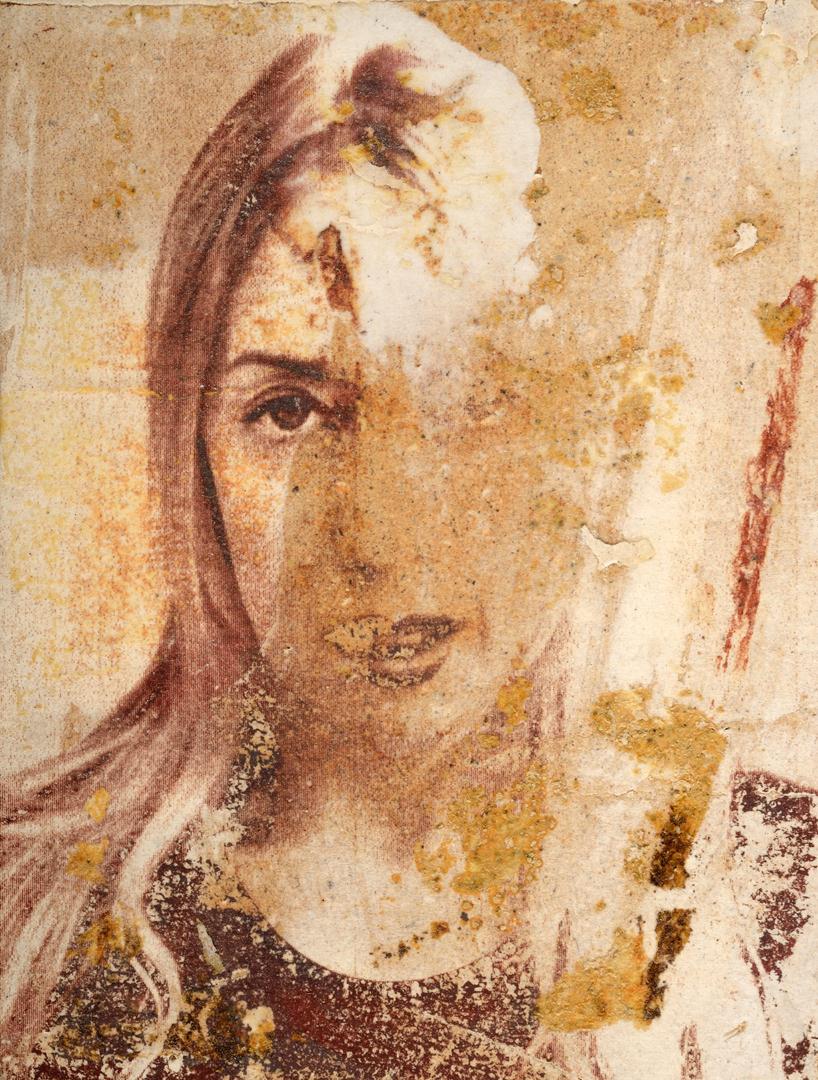 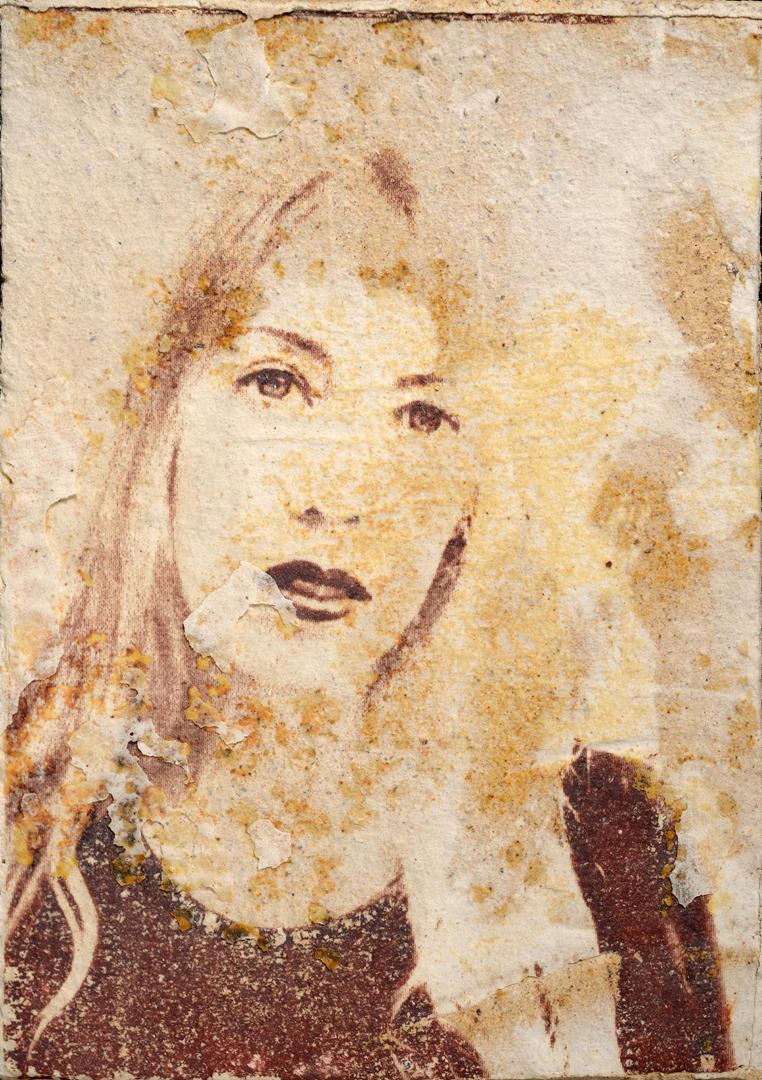 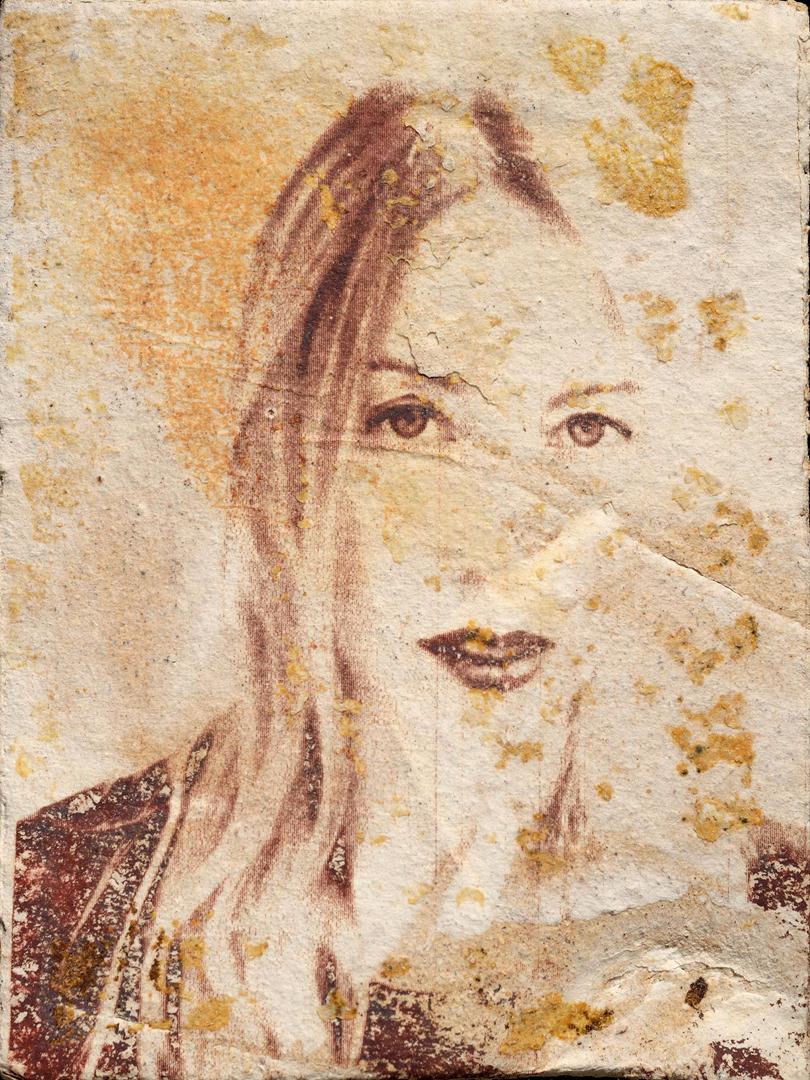 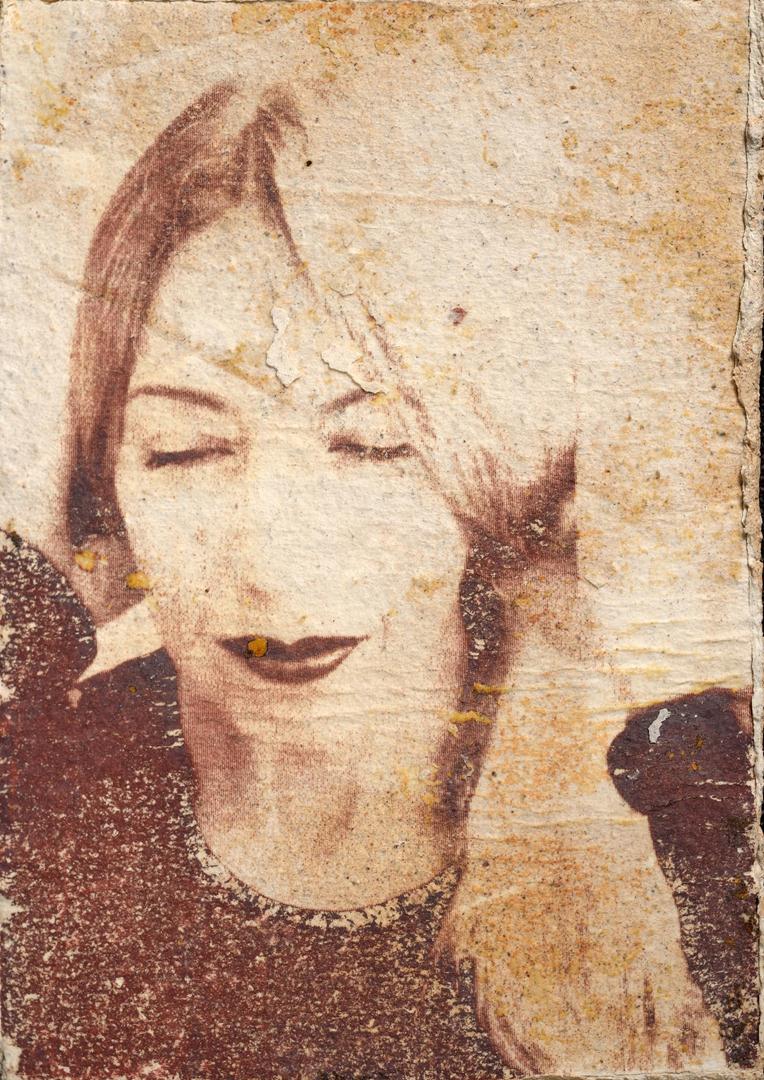 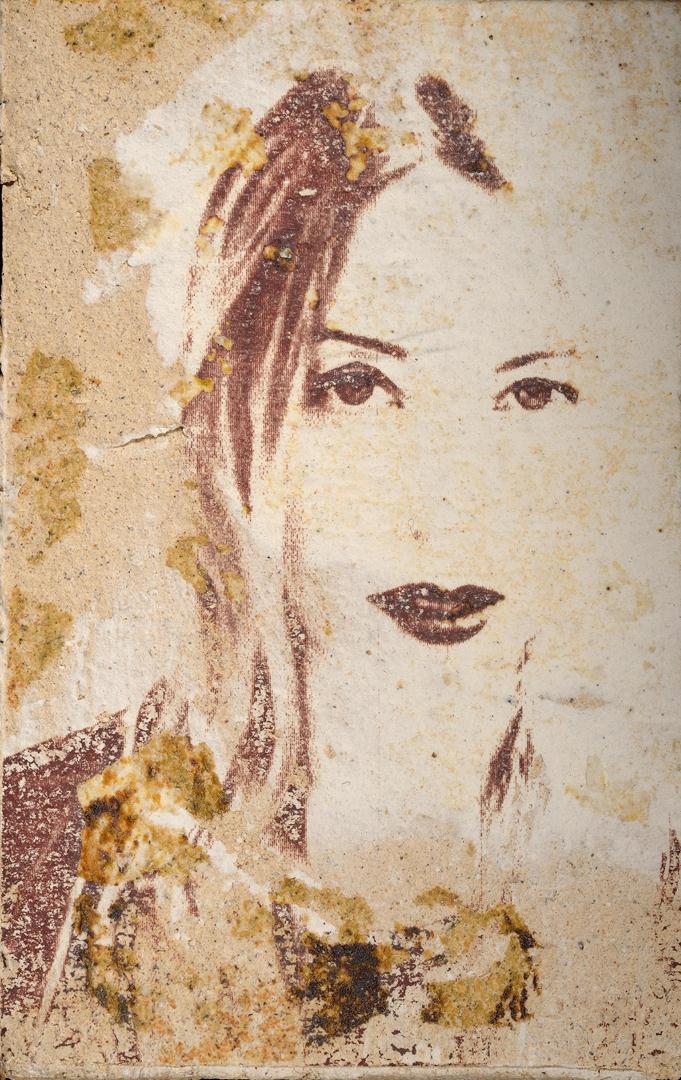 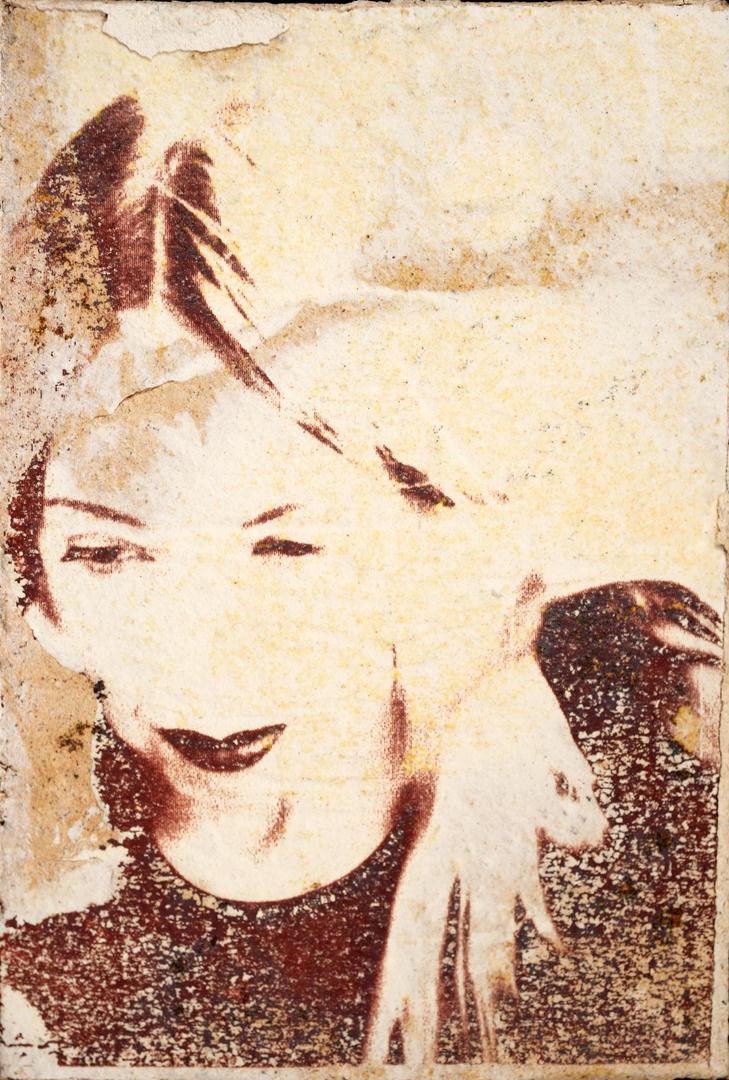 Images of blackmail: because, rather than narrating a crime and a mourning, they define them, through the simplifying violence of over-exposure (ambiguously, almost hypocritically calligraphic) and the indifference of series production, which suffocates the theme under the accumulation of variations; from the suggestion of funerary portraiture to the suffocating breath-holding of the audio track, similar to that which (they say) is typical of certain erotic techniques; right through to the contradictory corruption of the glazed surface, whose feverish rusty red colour recalls the scratches and burns of old amateur films (coincidentally, Rose is the name of the woman portrayed; it is no coincidence that these tiles are corroded pink). More boldly than in her other installations, in this piece the artist plays the card of narcissism, imposing the image of herself onto the spectator (so glamorous as to border obscenity, I imagine intentionally), thus inviting the spectator to an almost experimental state of attraction and embarrassment. I would imagine that this mirrors the necrophiliac’s voyeuristic, euphoric distress. To be precise to the point of pedantry, Rose is the anagram of eros.

In this show, Rose consists of a large number of small blocks, as in 1970s pieces by Michael Badura, about whom I and Calcagno have often conversed. They form a series of photographic self-portraits after a sleepless night. The artist presents this piece as if it were a series of memorial photos, like the ones placed on tombstones in Italy: a macabre and ironic statement.