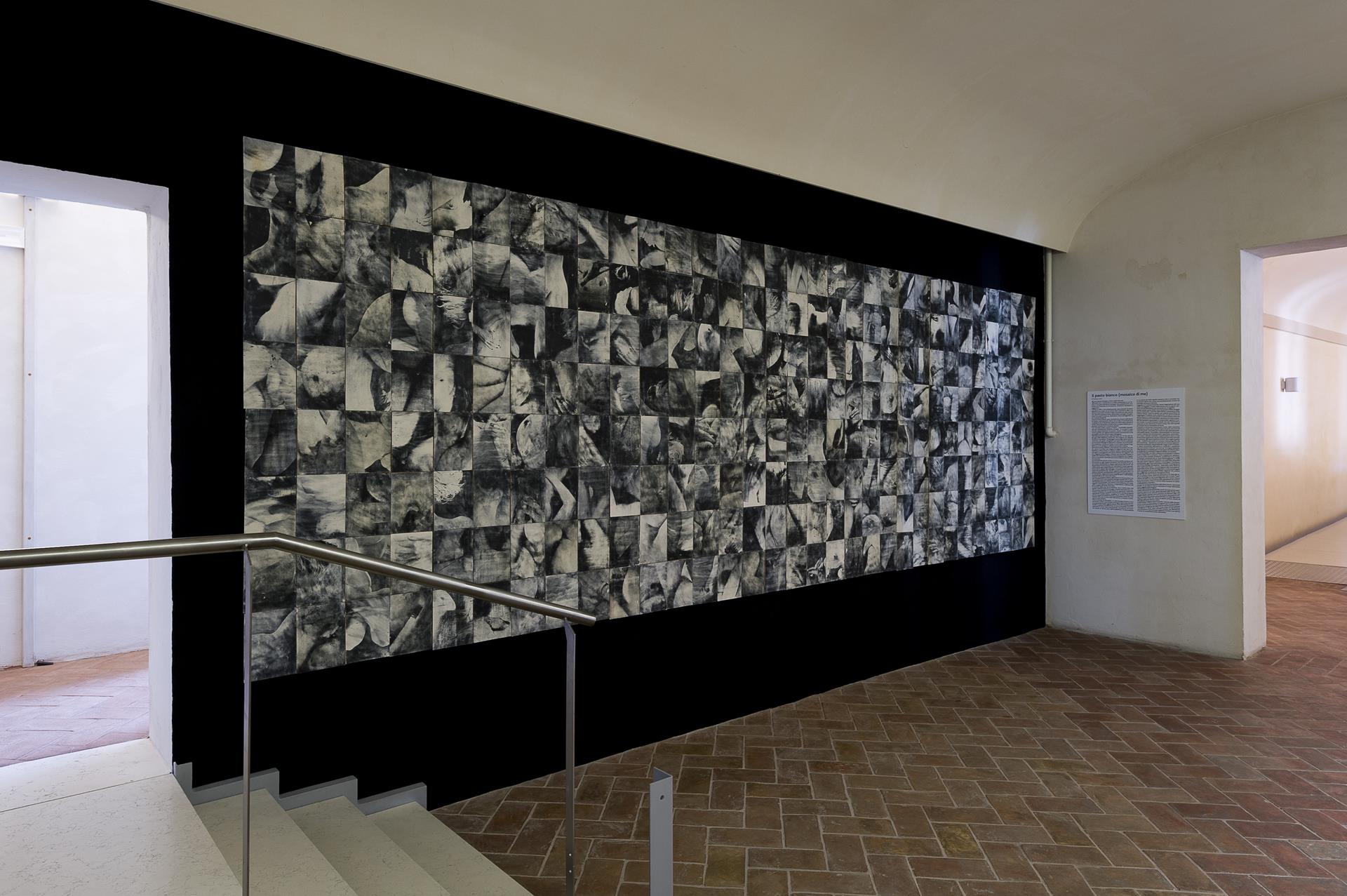 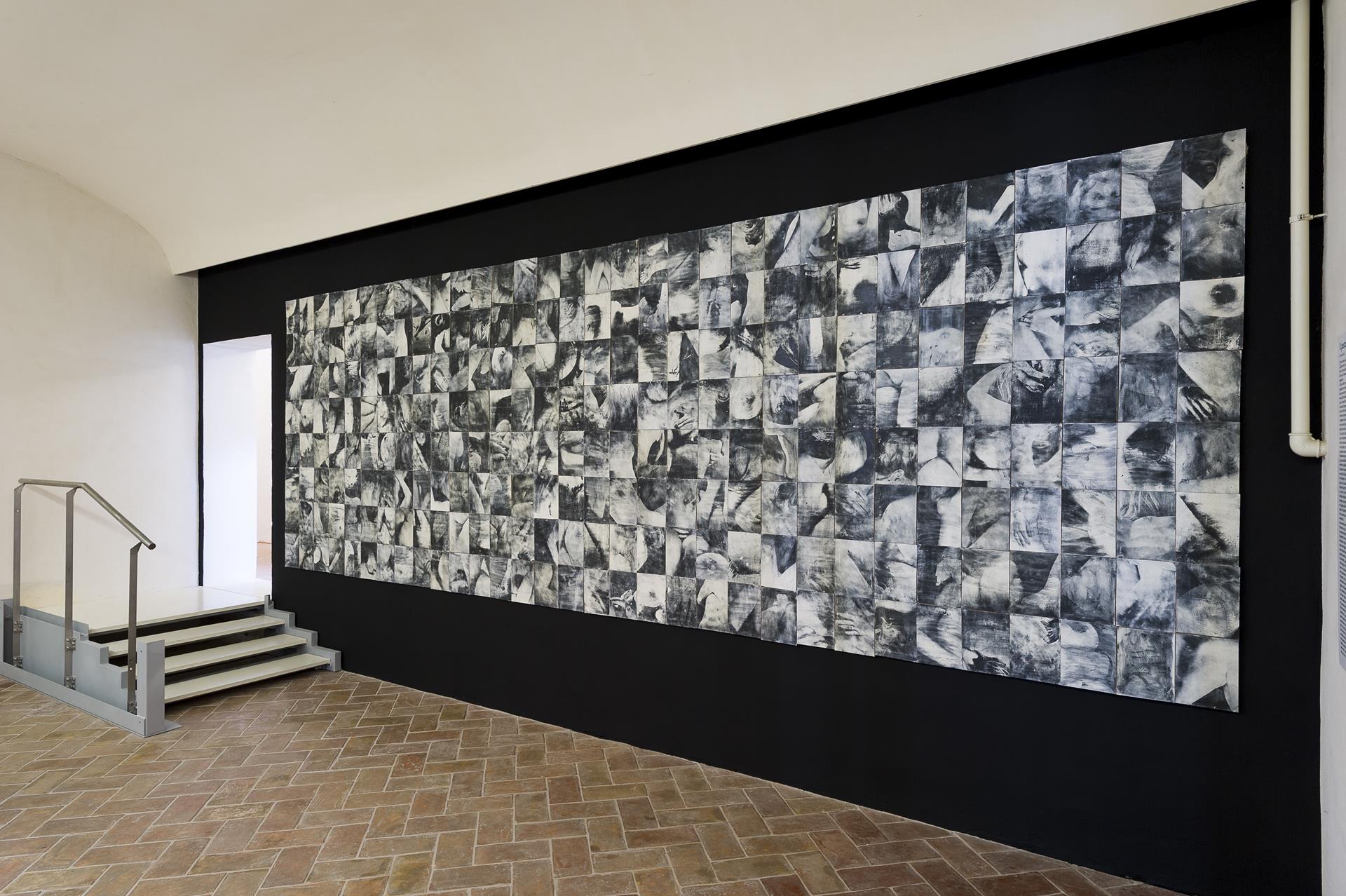 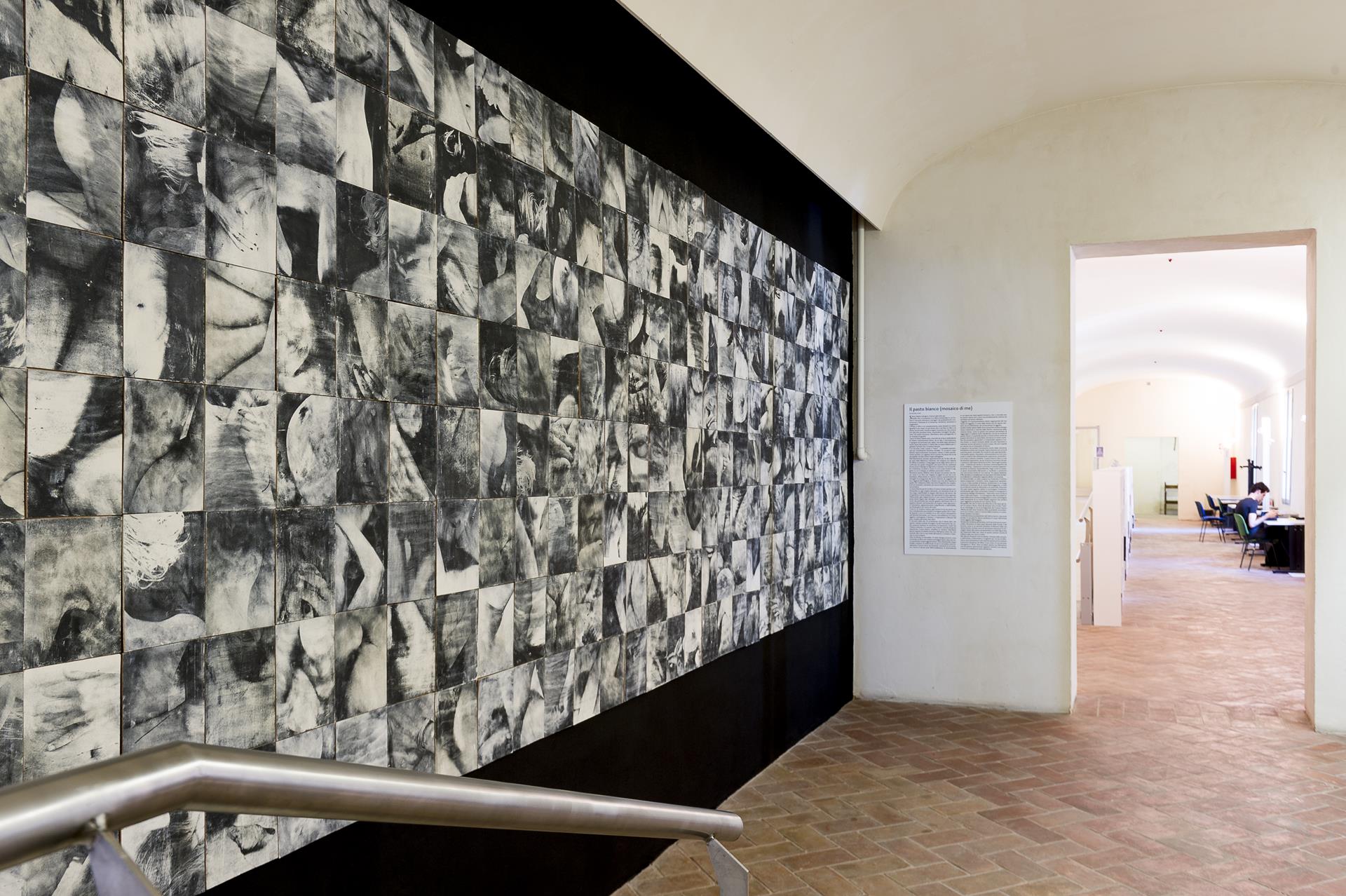 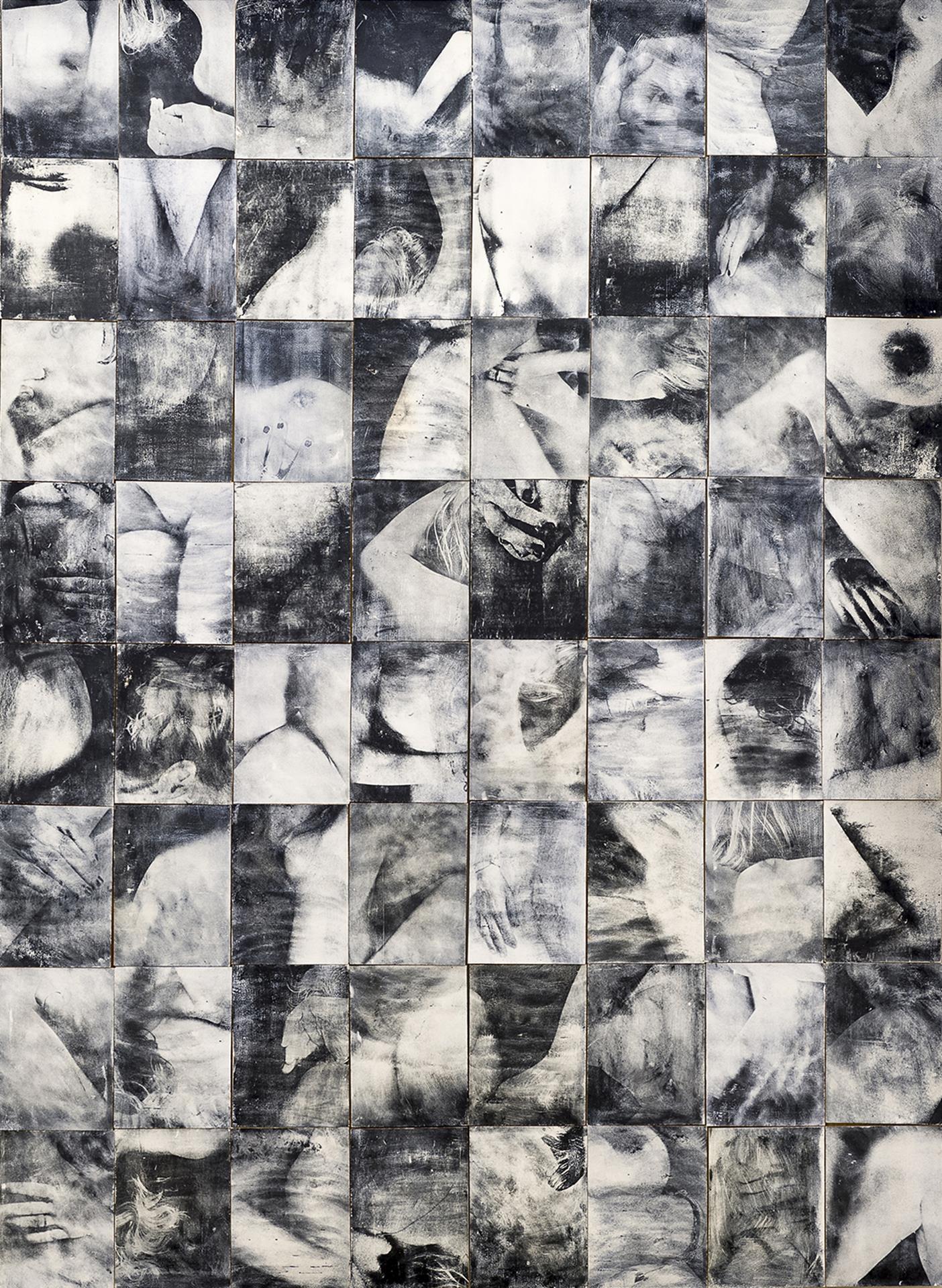 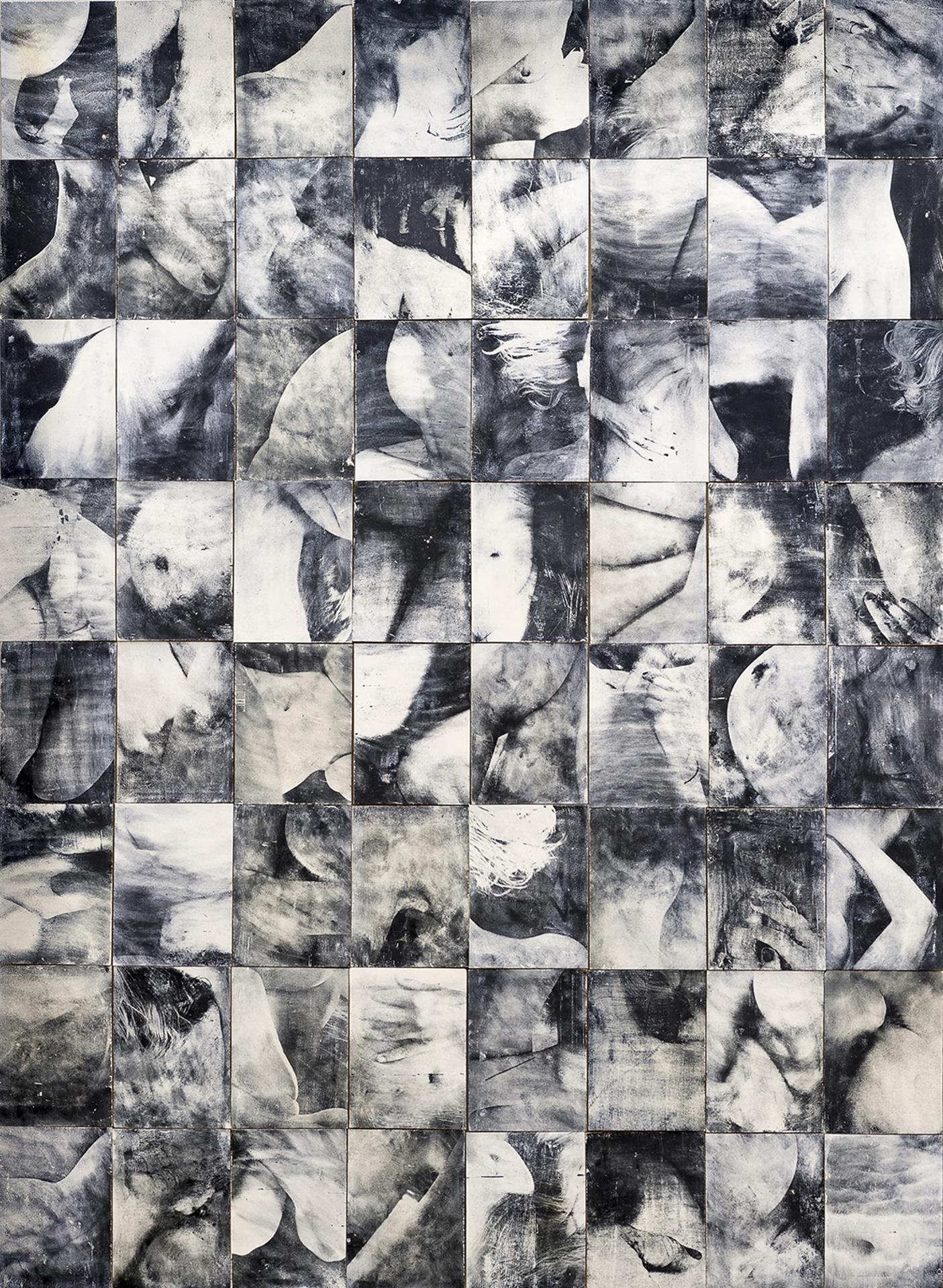 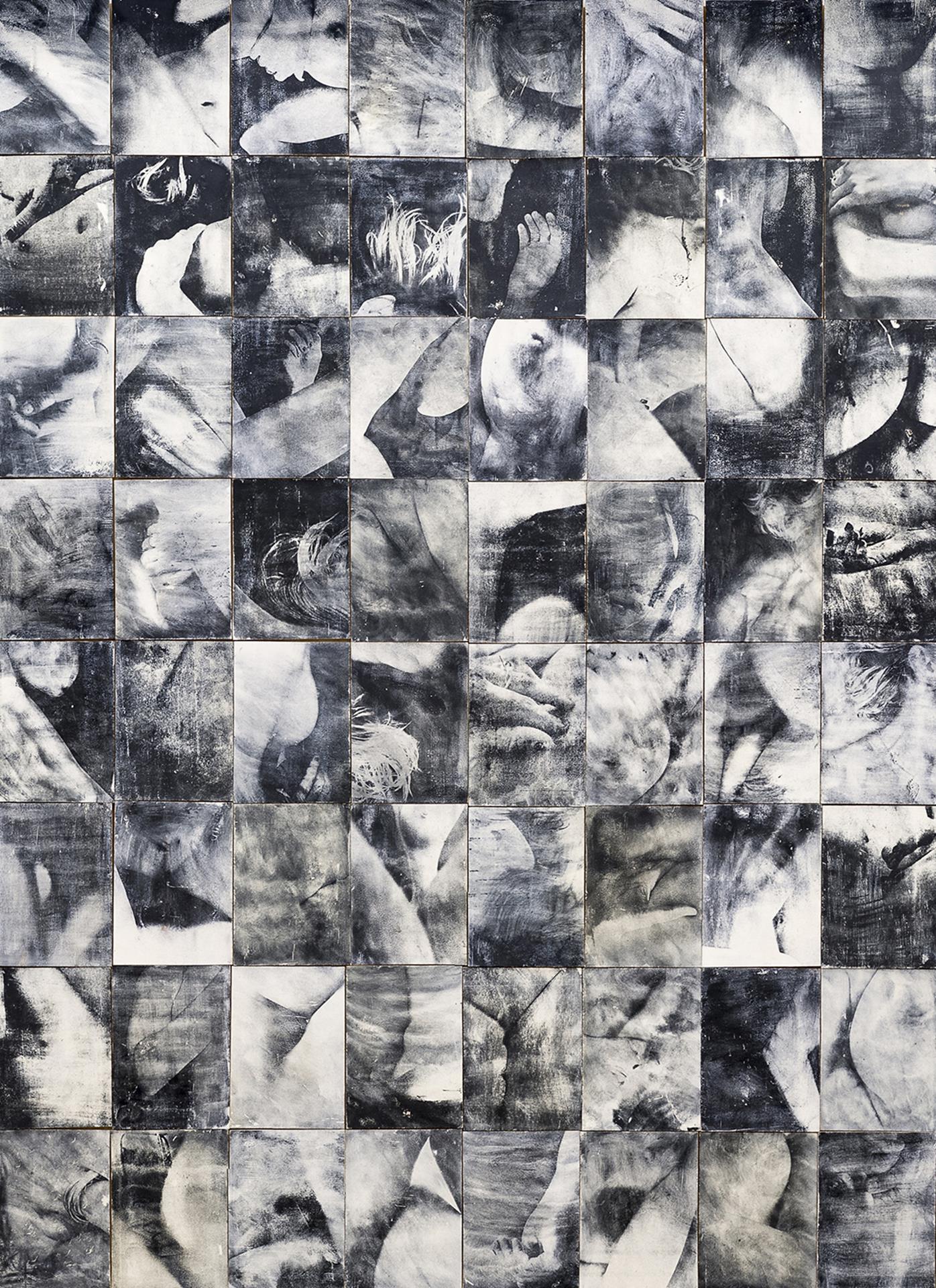 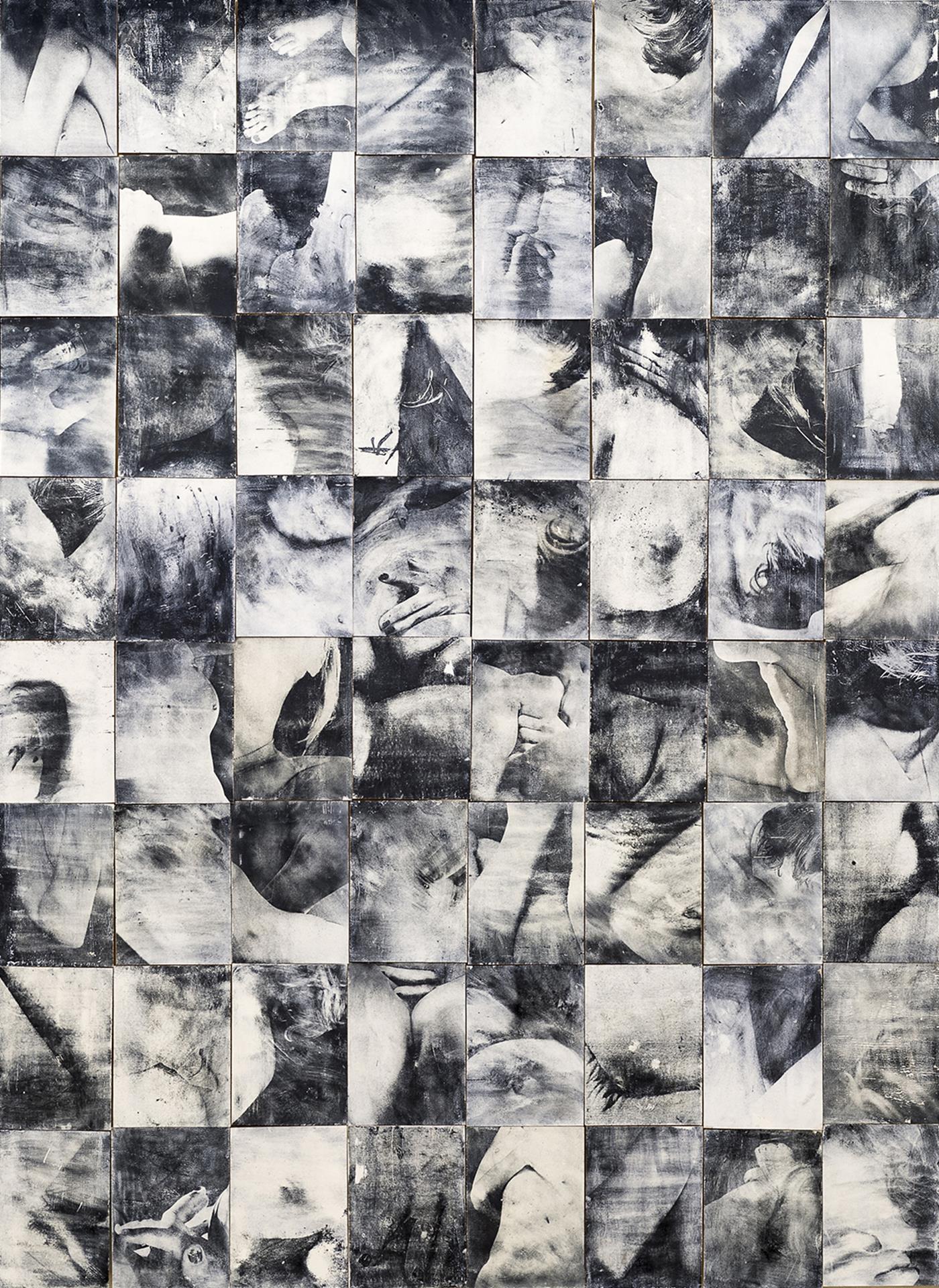 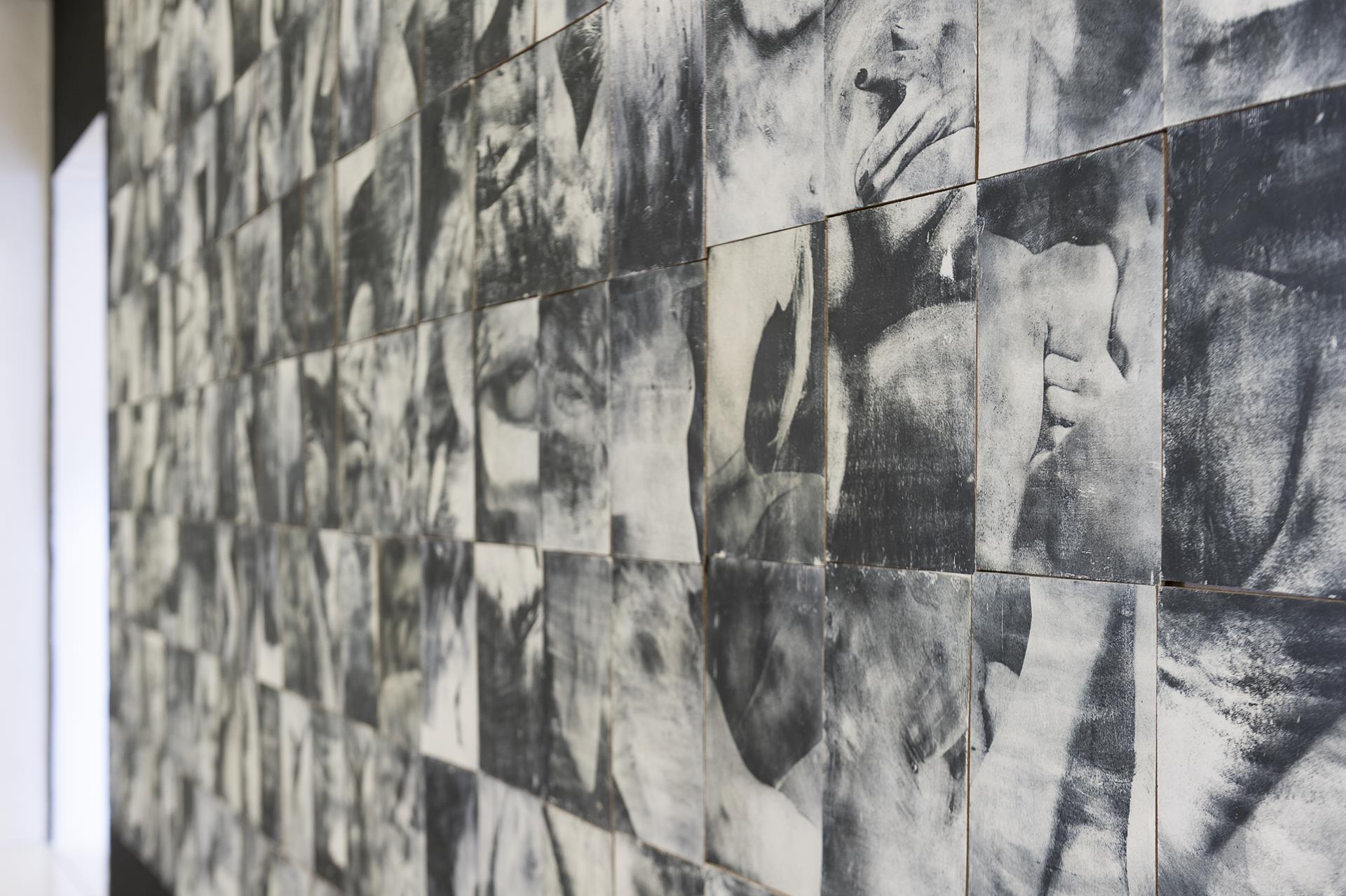 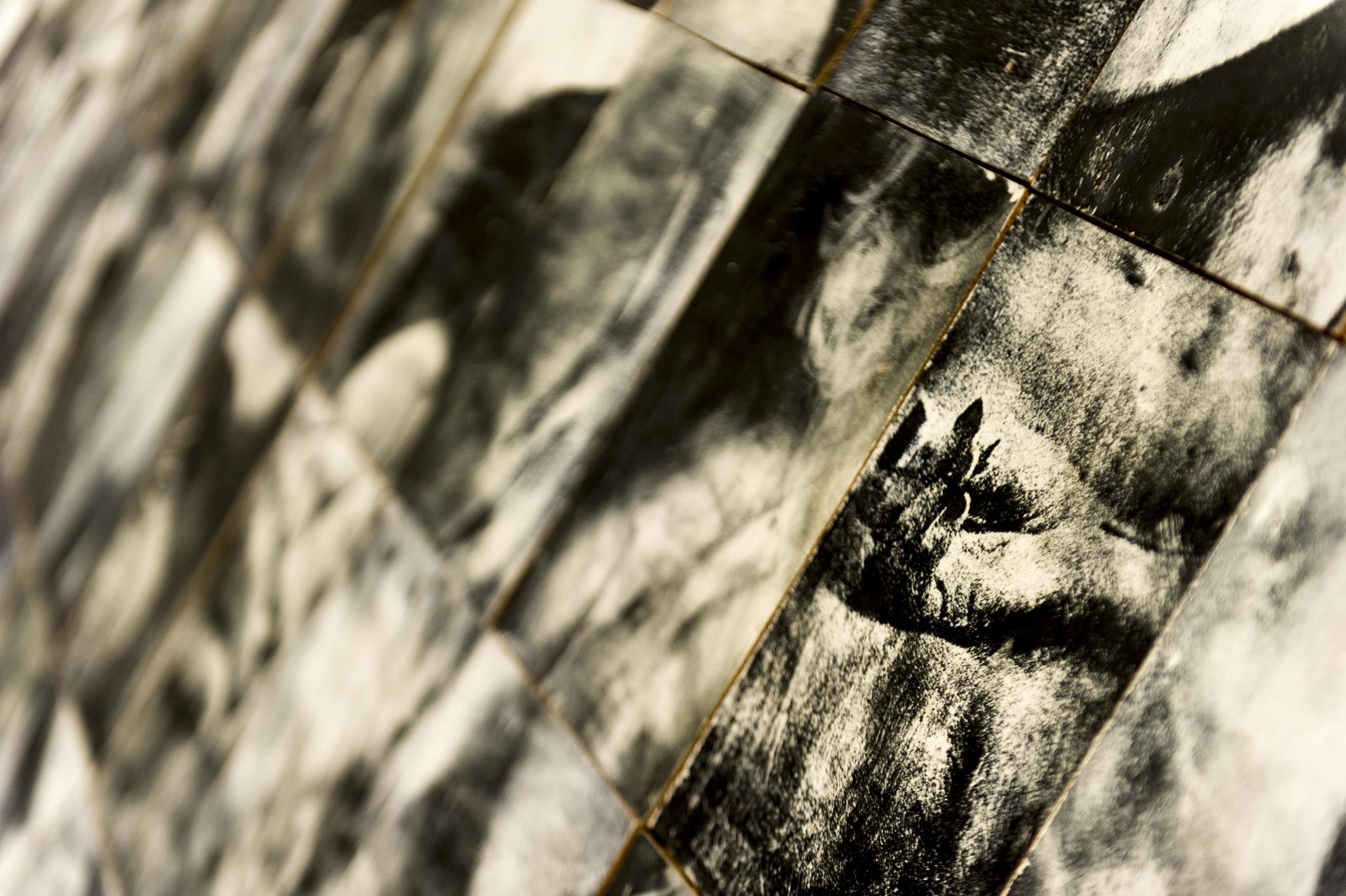 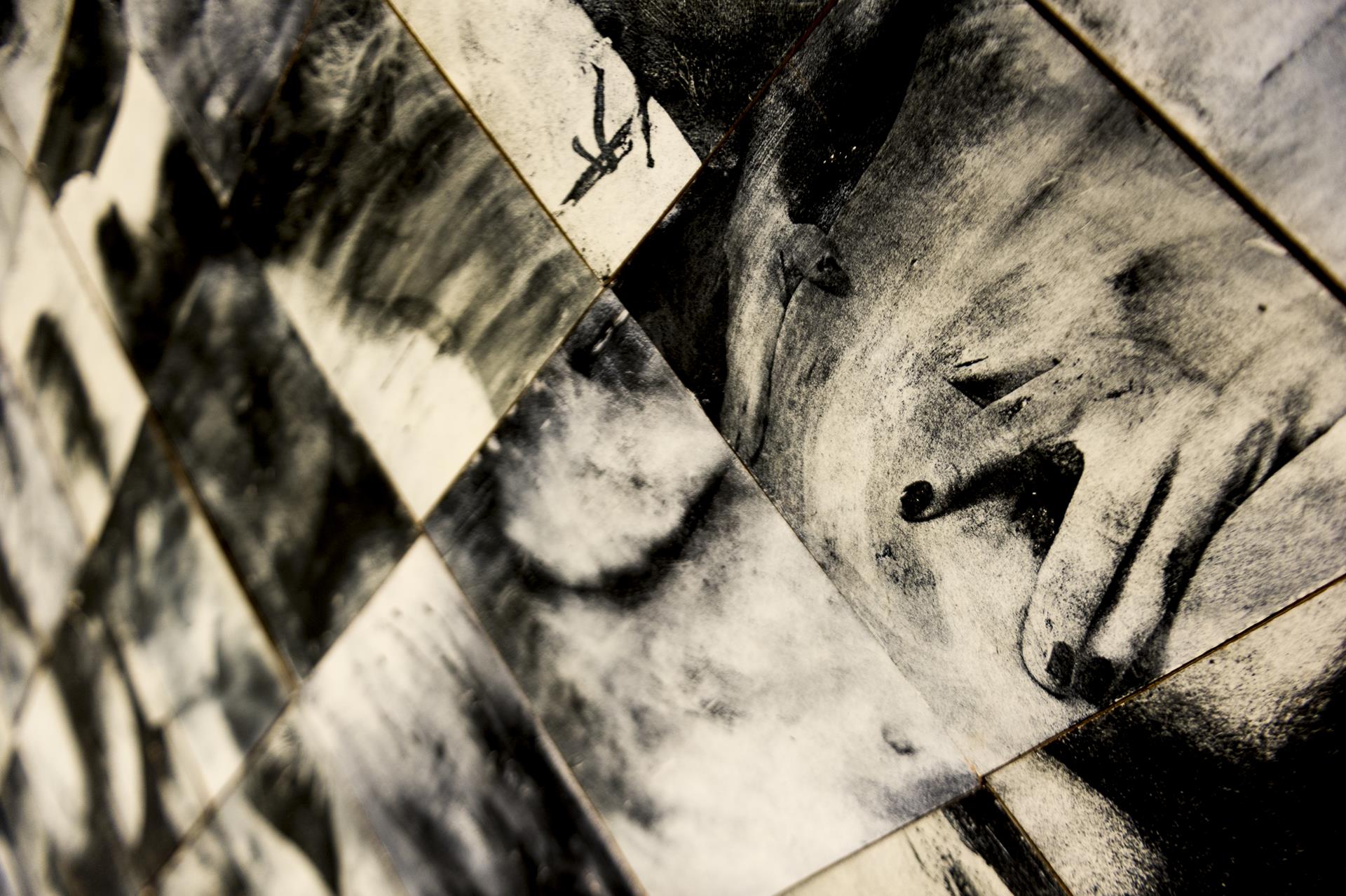 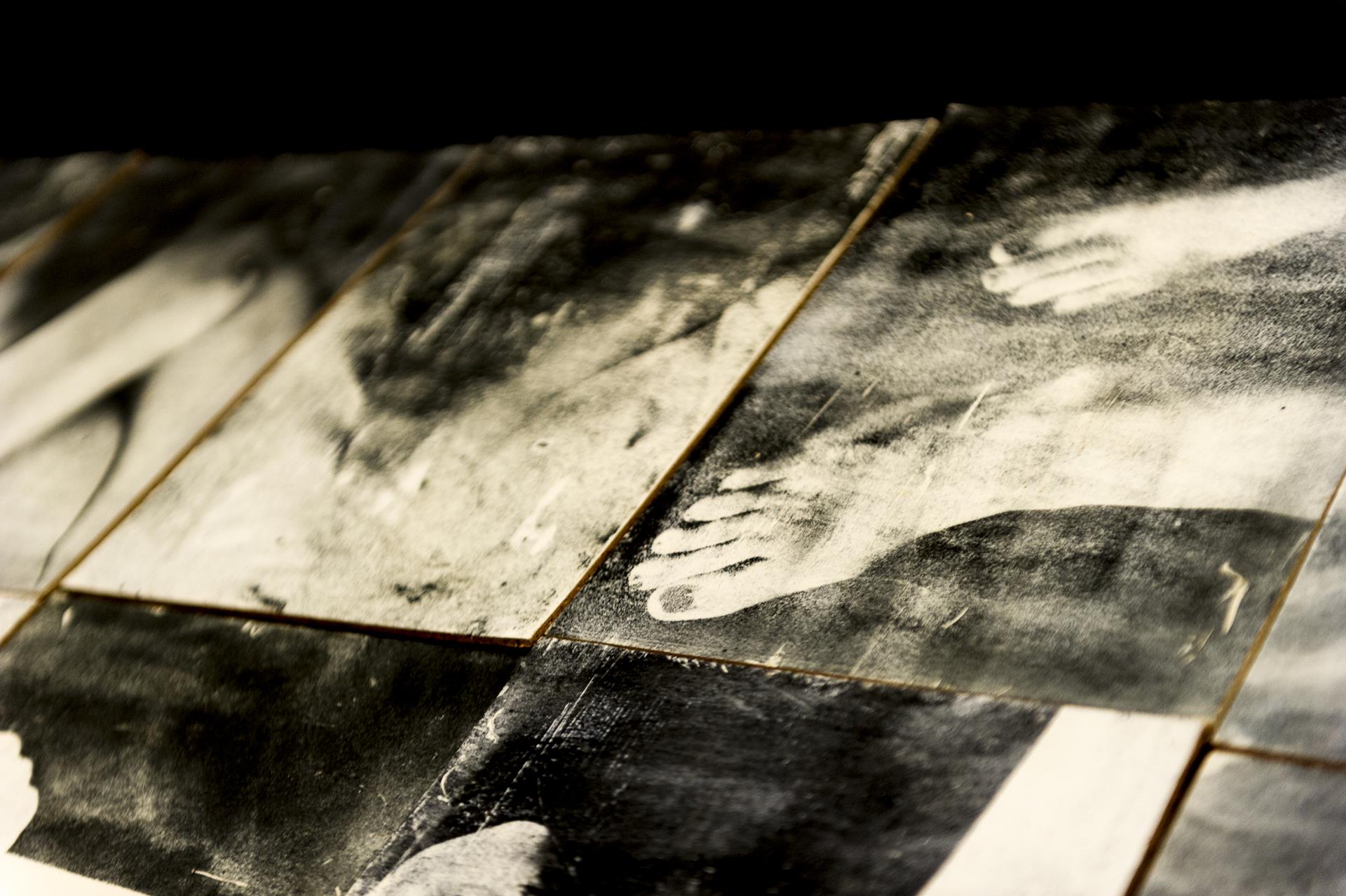 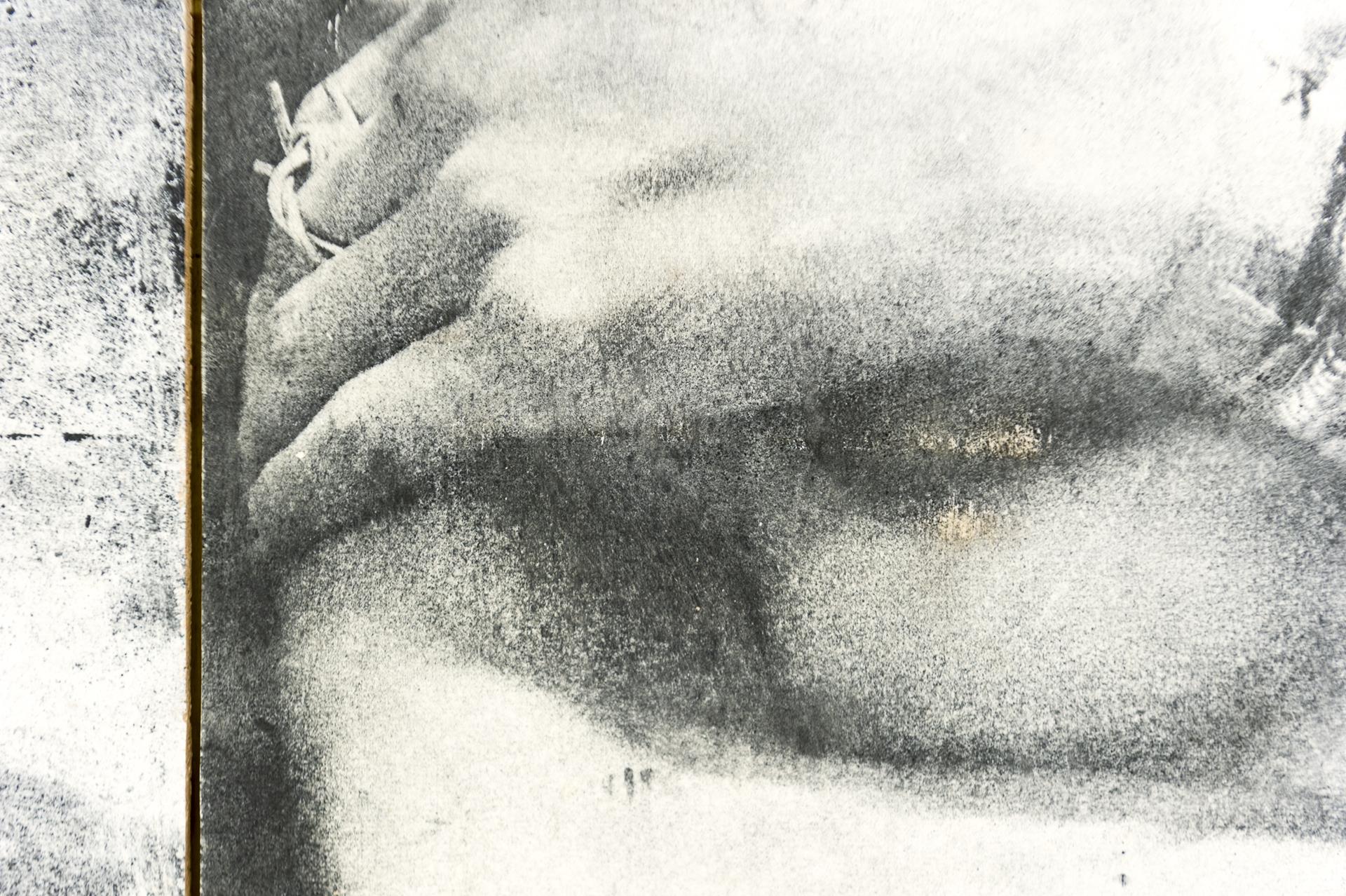 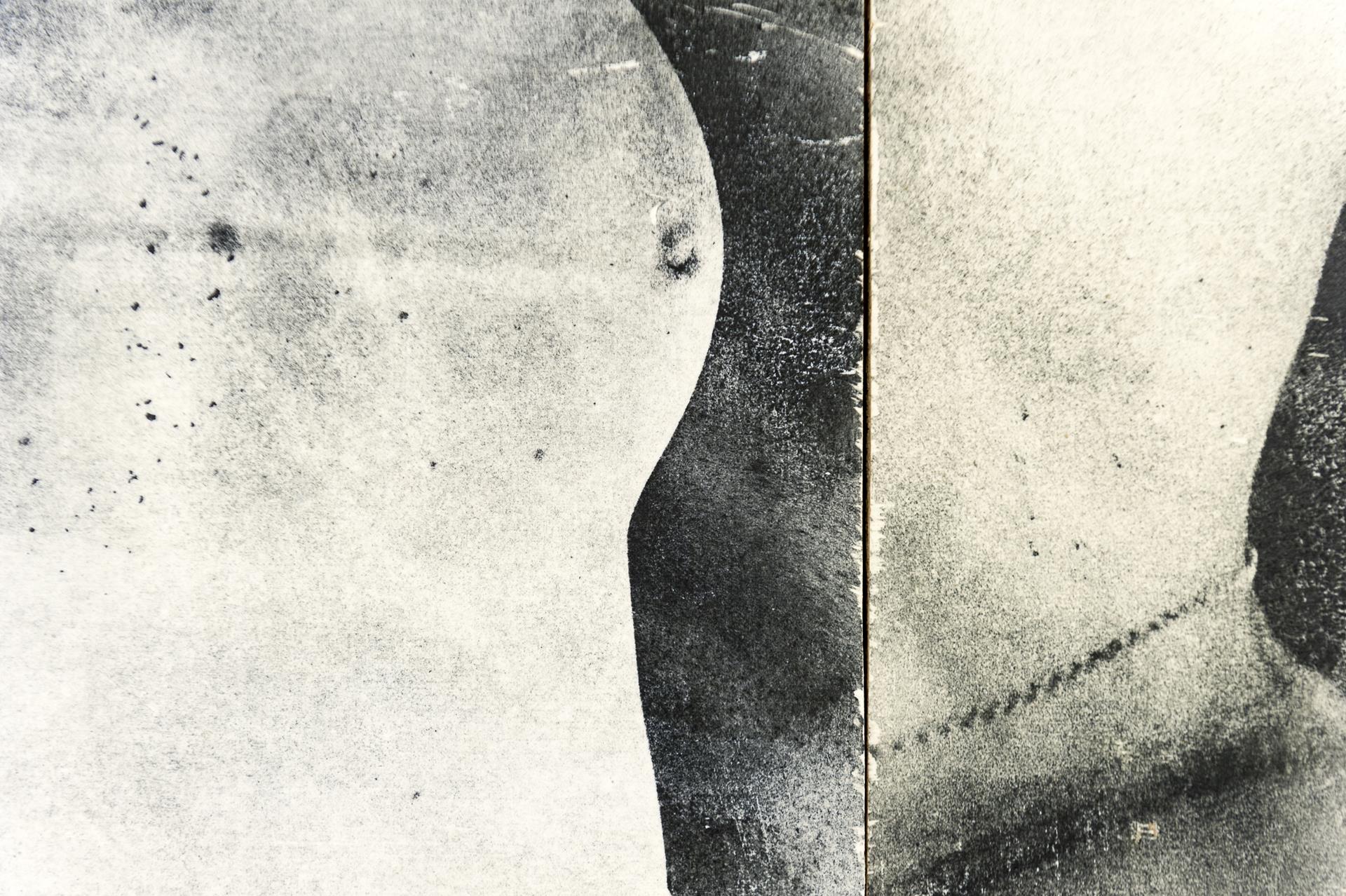 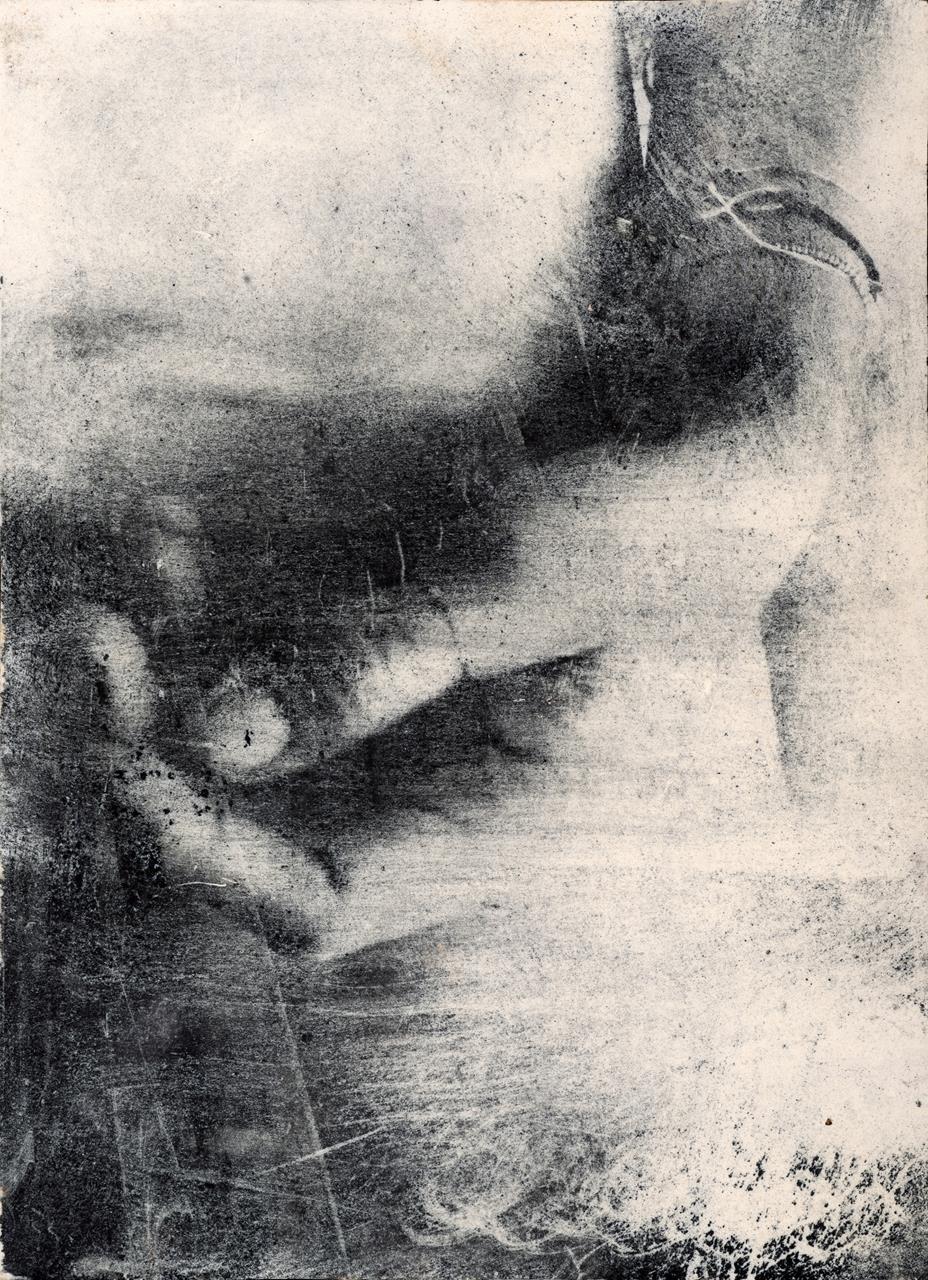 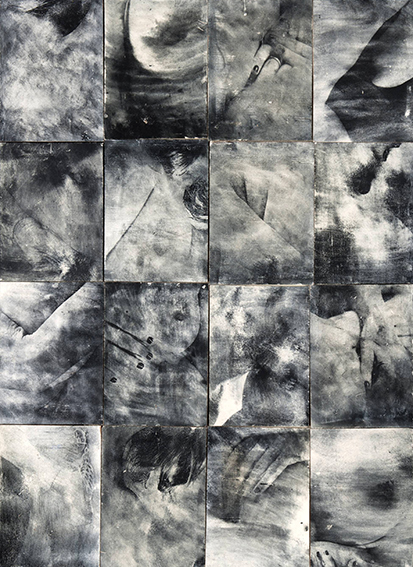 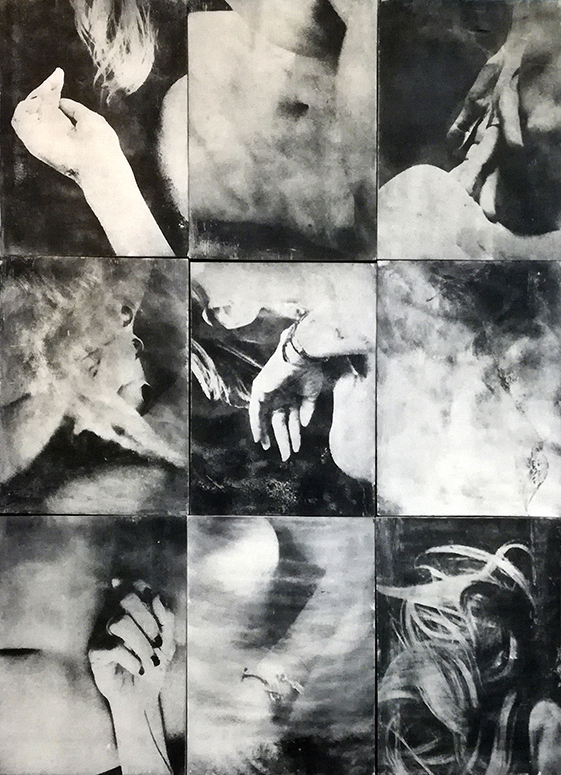 In a complex sequence of references, from The Naked Lunch, literary masterpiece by William Burroughs, to the like-named, very liberal film interpretation directed by David Cronenberg, Silvia Celeste Calcagno has created an important new project, for the solo show curated by Davide Caroli in the halls of Biblioteca Classense in Ravenna, as part of the Biennial mosaic exhibition. The show was produced in cooperation with MIC, the International Ceramics Museum, Faenza.
Once again, the artist has used ceramics, the language that for some years she has adopted as her distinctive, original hallmark, using it together with performance, installations and photography. In this case, her work acquires another element, with specific reference to the mosaic technique.
Silvia Celeste Calcagno, who won the 59th Faenza Prize in 2015 with her work Interno 8 La fleur coupée, comprising an infinity of small slabs, had already understood the potential of this fragmentary expression, virtually a cut-up technique, to return to Burroughs and his experimental method of writing.
Mosaic, in the sense of fragments, tiny details, in which the elements are combined and eventually create an image, but without a narrative or an identity. And Silvia Celeste Calcagno works – on one hand with her habitually introspective approach, and on the other with her often tough and merciless instinctive energy – on her identity as a woman, grappling with the eternal contradiction between the body, a restricting and limiting object, and her desire to break free from physical weight, escaping from limitations, becoming another. A body that is in first place a material, and is treated as such, even though she abhors the temptation of description, starting from the decision not to use colour. The universe of the “mosaic of me” is white, achromatic, ephemeral and fleeting. Every time that her body tries to ascend to higher planes, something physical brings it back down to earth. We only glimpse the fragments, nothing more is given.
This is the origin of Il pasto bianco, an installation comprising small slabs of the body, a body presented first and foremost as food, a banquet at which anyone can sit and eat, like the food-laden tables featured in works by Luis Buñuel, master of surrealist cinema. Silvia Celeste Calcagno says, “white like the colour of my flesh, without the specific weight of a faceless body – which therefore loses the identity of ego and is transformed into an archetype – in pieces, without a location, lost in the emptiness, sometimes protected and sometimes contaminated by manipulation and work on material.”
Il pasto bianco, a site-specific installation, covers the surfaces of part of the space, like a skin, with stoneware slabs in various formats, made using a technique based on the fusion of photography and material.